Last week, China announced the national rollout of the electronic yuan, a plan in the works since 2014. The e-CNY* or Digital Currency Electronics Payment (DCEP) was piloted last year in four major Chinese cities:

The digital yuan resides in cyberspace, available on the owner’s mobile phone — or on a card for the less tech-savvy — and spending it doesn’t strictly require an online connection. It appears on a screen with a silhouette of Mao Zedong, looking just like the paper money.

In tests in recent months, more than 100,000 people in China have downloaded a mobile-phone app from the central bank enabling them to spend small government handouts of digital cash with merchants, including Chinese outlets of Starbucks and McDonald’s.

In February, an online teacher who works for a Chinese company told me that teachers had received a notification to stop using Chinese money for classroom examples, props, or rewards. This applied to both real currency and pictures of currency. Teachers could still use other countries’ currencies, such as the U.S. dollar. Oddly, teachers were also allowed to continue using red envelopes, which are given to children during Chinese New Year, but they cannot use the cash or coins that are usually inside the red envelopes (pictured).

How does a digital currency work?

To understand the implications of a national digital currency, we first need to look at the difference between three concepts: digital payments, digital wallets, and digital currency. In wealthy countries, most people have paid for something online using a credit or debit card as a digital payment. Think of it as a “promise to pay.” The retailer uses the card information to know who you are and which bank to contact for payment.

Many of us have also used a digital wallet such as PayPal, Apple Pay, Venmo, or a favorite retail app (e.g., Starbucks). Think of a digital wallet as a way to transfer money directly from a bank account. Digital payments and digital wallets use money for which there is a physical reference.

A small, but growing number of people use digital currencies (cryptocurrencies) like Bitcoin to buy things. Cryptocurrencies are not tied to a bank. As with cash, the transaction has no lag time because it is a direct transfer between two parties in which the funds are not processed through a bank account. Also, as with cash, you can make a purchase without it being traced back to you. That is why cryptocurrency is a favorite payment form on the Dark Web.

One of the advantages of a digital currency is it allows people without a bank account, such as those living in rural communities, to make digital and online purchases. In China, around 240 million adults do not have a bank account according to the World Bank.A digital currency would enable them to participate in the country’s economy.

But why is the Chinese Communist Party (CCP) Switching to Cryptocurrency?

The Chinese government is known for tracking and surveilling its population to an unprecedented degree. If you’re like me, you might be asking yourself why use an untraceable form of currency as a national currency. Wouldn’t it be more consistent with the Party’s goals to track everyone using digital wallets like Alipay or WeChat Pay?

Always hypervigilant to threats, the leadership feared that a cryptocurrency could undermine government power if people began using it in earnest. Zhou Xiaochuan, China’s top central banker from 2002 to 2018, has said bitcoin both dazzled and frightened him. In 2014, he launched a formal study for a possible Chinese digital currency.

Researchers from Sweden’s Riksbank point out that true privacy is impossible with digital currencies because all digital transactions require some way of tracking monetary exchanges: “With bits and bytes, there’s always the potential for a backdoor or a leak.” Therefore, researchers say you can’t really call digital currencies equivalent to cash because cash is truly anonymous. (Sweden has been working on a digital krona but does not plan to replace physical currency, rather to offer digital currency alongside cash.)

Chinese officials have described the digital yuan as “controllable anonymity,” meaning that transactions between individuals are anonymous but visible to the People’s Bank of China. This makes all digital transactions trackable by the Chinese government. Furthermore, it gives the government control over how and when people spend money. For example, if the government needs to stimulate the economy, the central bank can put an expiration date on the digital yuan, forcing people to spend it or lose it. That was tried in the pilot cities. The digital yuan also means that the government can directly obtain fines from people who break the law.

The Chinese government could also “turn off” someone’s ability to spend their digital currency. This is now done via the country’s social credit system, under which, a person who has a bad social credit score on account of, say, criticizing the government online may be denied a loan. Furthermore, it would curb the ability to order or purchase something using a virtual private network (VPN) or on the Dark Web without the government knowing.

Since the digital yuan is regulated by the People’s Bank of China, digital transactions are not dependent on private financial tech (fintech) apps like Alipay or WeChat Pay.

Last January I reported on the disappearance of billionaire entrepreneur Jack Ma after his fintech company, Ant Group, was denied its initial public offering of shares (IPO). His “disappearance” seemed to be a response to his comments at an international tech summit criticizing the Chinese government’s regulations on financial technology. Ma has since reappeared, although his future with Ant Group is unknown.

According to David Pan at Coindesk, the digital yuan is one way to keep fintech companies like Alipay in check by reining in unsecured loans:

One way for the central bank to control Alipay’s lending business is to require the company to convert cash into the digital yuan to underwrite consumer loans… “China is very conscious about its debt problem. A lot of businesses do not have cash flows, especially after the coronavirus pandemic,” [Tanvi Ratna, CEO of Policy 4.0] said. “Ant is pushing out personal loans, a lot of which could go bad.”

Another factor is that when Alipay or WeChat Pay lose deposits to the central bank, their ability to lend money is limited, while the central bank’s power over transactions grows.

For now, both China’s digital currency and physical currency will circulate. The Chinese government hopes to eventually transition to all digital currency. However, based on the 10{98cae0078f524eff3ab8ec32cf55b261677ef6c8a6ed6e94d92a4234b93f46b6} increase in cash-accumulation in China last year and comparisons on Weibo to a Mao-era food coupon used for rationing food (i.e., “digital food coupon”), not everyone in China is keen on funneling their transactions through the People’s Central Bank of China.

Next time we’ll look at the international implications of China’s digital currency.

You may also wish to read:

Chinese entrepreneur Jack Ma missing after criticizing the Party If even Jack Ma can just disappear in China’s high tech world, is anyone safe? Previous post The most advanced business model in the universe? The PC/video games industry 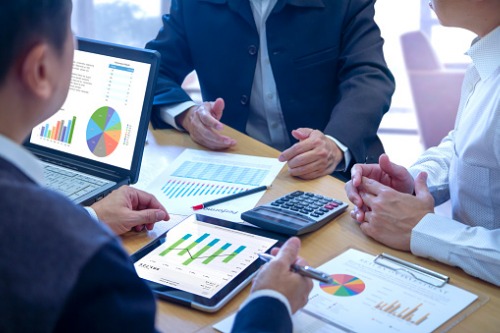