Dogecoin has a superfan in Elon Musk, Ripple premined 1 billion XRP coins and Tether is a bridge between traditional money and digital currencies.

If you’ve put off learning about digital currencies, now is the time to get up to speed because the cryptocurrency bubble keeps getting bigger. Bitcoin is almost a household name now, as it has been around for more than 10 years. The cryptocurrency was created in 2009 via a white paper written under the pseudonym Satoshi Nakamoto. It is open source and decentralized. There are no transaction fees associated with Bitcoins, but there is also no government guarantee behind the currency.

There’s a finite number of Bitcoins–21 million–so it’s worth taking a look at the other cryptocurrencies on the market today. Here’s a brief look at five of the most popular.

If you can name only two types of cryptocurrency and Bitcoin is one, Etherium is probably the other. Ethereum is the most commonly used blockchain with the second largest market cap, right after Bitcoin. Ether is the native coin of this decentralized open-source blockchain. The company describes the platform as a digital economy that includes global payment processes and applications as well as a coin. Ethereum blockchain is a transaction-based state machine.

Ethereum has a partnership with Microsoft and ConsenSys to offer Ethereum Blockchain as a Service on Azure. This means enterprise clients and developers can have a single click cloud-based blockchain developer environment, according to Investopedia.

Ethereum started in 2015. In 2016, Ethereum was split into two blockchains–Ethereum and Ethereum Classic–after a bad actor stole millions of funds. The new Ethereum was a hard fork from the original source code to prevent future theft.

This coin has recently joined the ranks of the most well-known cryptocurrencies. Two software engineers built the coin to establish a payment system that doesn’t require traditional banking fees. The coin features the face of the Shiba Inu dog from the “Doge” meme. This coin spiked in popularity and value at the end of April 2021, thanks to tweets from Elon Musk and Mark Cuban. The coin that was started as a joke is now the sixth-largest coin with a total market value of close to $42 billion, according to CoinGecko..

This is the native cryptocurrency for products built by Ripple Labs. The company makes products for payment settlement, asset exchange and remittance systems, which means that the company owns the currency and platform that manages it. XRP is pre-mined, meaning that there is a finite amount that the company releases onto the market gradually. According to Investopedia, Ripple mined about 1 billion XRP before the cryptocurrency’s launch. That is significantly more than the Bitcoin cap of 21 million coins, which is written into its source code.

There are two other important differences between Bitcoin and XRP. The first is that Bitcoin transactions take minutes and have high transaction costs; XRP transactions are generally confirmed within seconds and at lower costs, according to Investopedia. The second is that Bitcoin is a publicly owned system, while the Ripple network is owned by a private company.

If you don’t have the stomach for wide swings in value, this is the cryptocurrency for you. Tether is a stablecoin and is meant to keep valuations stable, as opposed to the more volatile coins. This coin is backed by an equivalent amount of traditional currencies, such as the dollar, the euro or the yen.

Tether coins are designed to be a bridge between traditional currencies and cryptocurrencies. Its value is connected to the U.S. dollar, although, as Investopedia warns, there is no guarantee for any exchange of Tether coins for real money.

Tether committed to an audit of its financial records to verify that it was holding an equivalent amount of traditional currency. The company fired the first auditor that was going to do this check. A second accounting firm verified in March 2021 that the company’s consolidated assets exceeded its consolidated liabilities, according to The Block.

The protocol for this coin was created by Gavin Wood, who is the cofounder of Ethereum, and it allows arbitrary data to be transferred across blockchains. Polkadot is a multi-chain interchange and translation architecture, which allows customized side-chains to connect with public blockchains. This makes it possible to build applications that get permissioned data from a private blockchain and use it on a public blockchain, according to the company. An example of this kind of transaction is data from private records being sent to a public chain to verify credentials or status. That means personal data can be shared publicly while still preserving privacy.

Another distinction is that Polkadot doesn’t use Proof of Stake or Proof of Work; instead the platform lets “blockchains pool their security, which means that the blockchains’ security is aggregated and applied to all.”

Polkadot’s relay chain is built with Substrate. Its diverse blockchains are “parachains” and “parathreads.” The Polkadot relay chain connects these chains to each other and to external networks via bridges. The cryptocurrency’s runtime environment is built in Rust, C++ and Golang.

Best of the Week Newsletter

Our editors highlight the TechRepublic articles, downloads, and galleries that you cannot miss to stay current on the latest IT news, innovations, and tips.
Fridays 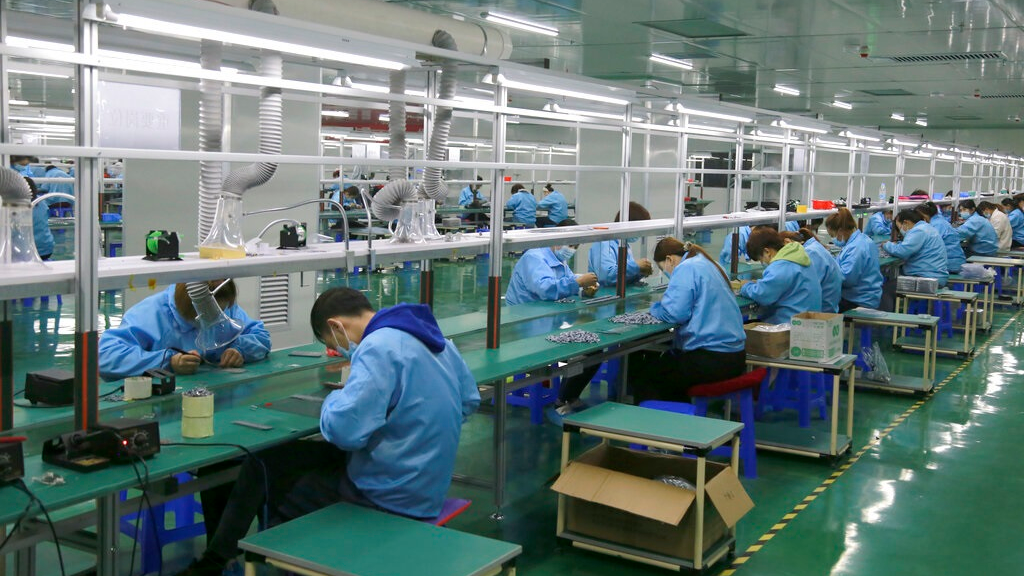 Next post China Manufacturing Growth May Be Slowing
scroll to top