When Hurricane Dorian swept across the northern Bahamas in September 2019 it left a trail of what the country’s prime minister Hubert Minnis called “generational devastation” in its wake. Buildings were flattened, scores of people lost their lives and, in addition to water and electricity supplies being cut off, banks were destroyed. Though they had their lives to rebuild, the archipelago’s residents were left with no access to cash.

In some cases restoring bank branches and ATMs took months to achieve, prompting the Central Bank of the Bahamas to accelerate the launch of a “storm-proof” mobile-phone-based digital currency. The Sand Dollar, which went live in October last year, became the world’s first central bank digital currency (CDBC), allowing Bahamian citizens to electronically send and receive money without the need for a bank account. Like commercial cryptocurrencies such as Bitcoin and Ethereum, the Sand Dollar works using blockchain technology, meaning transactions are transparent, recorded and secure. Unlike commercial cryptocurrencies, which are decentralised and regulation-free, it is issued and controlled by the country’s central bank. That means, with the state guaranteeing the value of the money, it offers both the monetary stability of physical cash and the convenience and security of crypto. Or, put simply, it is a digital version of the bank’s coins and notes.

With the use of physical cash dwindling, particularly after a year of lockdowns, it is an example many other countries are keen to follow. In its CBDC Global Index, consultancy firm PwC reports that more than 60 central banks have been looking into CDBCs since 2014, with a small number having already entered the implementation stage. The Bank of Japan has started a one-year trial of its digital yen, while the People’s Bank of China has trialled its digital yuan in cities including Shenzhen, Chengdu and Suzhou. Plans are afoot to allow visitors to use the digital yuan at the 2022 Beijing Winter Olympics.

In Europe, efforts are less advanced. The European Central Bank last year issued what it called a “comprehensive report” into the potential for a digital euro, but its President Christine Lagarde said last month it would take at least another four years to reach fruition, if it ever launches at all. In the UK, an HM Treasury and Bank of England CBDC task force was launched this week to assess the “benefits, risks and practicalities” of creating a so-called Britcoin, with a key element of their work being to identify whether there is a “use case” for such a thing.

Even Sweden, which has been at the vanguard of digital currency development in Europe, has yet to decide whether to press ahead. Its central bank, Riksbank, began assessing the viability of an e-krona in 2017 after voicing concerns about what it called the potential for the “marginalisation of cash”. It has run a number of pilots using R3’s Corda technology and digital wallets installed on phones, smartwatches and payment cards, but said in a report issued this month that “there has so far been no decision on whether to issue an e-krona or on how the e-krona would be designed and which technology would be used.

For author David Gerard, whose books Attack of the 50 Foot Blockchain and Libra Shrugged investigate the role cryptocurrencies play in the financial system, what these projects lack is the key element the Bahamian one had: a pressing reason for a digital currency to exist. “I like the Bahamas’ digital currency because they started from the position of ‘we have a problem, how do we solve it’,” he says. “Their problem was that the outer islands didn’t have good banking access so the central bank stepped in. It’s supplying a form of money that can be used in those islands and can be used offline. They made it possible to transmit small amounts by phone so it’s just like handing someone a five-dollar note. If you look at the European Central Bank, they are not solving a problem.” 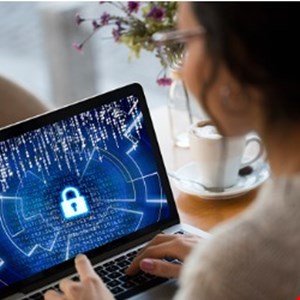