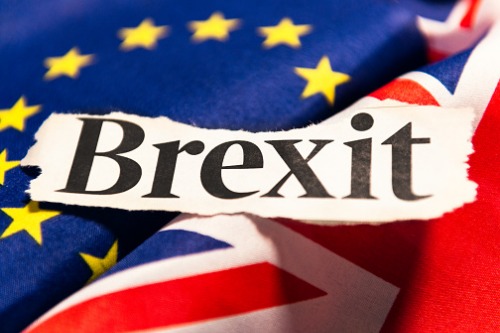 In my view, however, these are potentially short-term concerns that negotiating teams from HMG and the EU will try and resolve during the coming months. The macro impact of Brexit on the UK will become clear not immediately, but over the course of the next few years.

This is especially true for financial services, one of the UK’s biggest export earners, contributing £32 billion annually to the economy. At the coalface, most insurance brokers I have spoken to have not noticed an immediate Brexit effect (apart from those with clients in the industries mentioned already).

Yet research from Aviva found that twice as many business leaders believe the impact of Brexit on their business has already been negative rather than positive. After the pandemic, legislative and regulatory changes were the second most serious risks for businesses.

In fact, the trading climate for brokers has not radically changed post-Brexit. This is in part due to forward thinking and rigorous planning by the industry since 2016, for example on passporting.

Even before January 2021, the loss of passporting rights into the European Economic Area (EEA), required brokers and insurers wanting to write business in the EEA to transfer policies across to subsidiaries.

According to a paper from Lockton, 27 million insurance contracts have now moved from the UK to the EEA, and 35 new insurer subsidiaries have been formed since 2016. Dual operations will inevitably increase costs, but it is not yet clear whether this is one of the factors driving a hardening commercial market.

For many firms, passporting issues underline the difficulty of the UK and EU achieving a broader goal of ‘equivalence’ for financial services in future dealings.

In order to allow UK-based brokers and insurers access to EU markets, the UK and EU need equivalence agreements. These allow particular activities or services, such as broking, to continue to be provided across the border if the Commission confirms they have a ‘sufficiently similar’ regulatory framework.

The UK has already granted EU financial services firms market access through temporary regimes, but Brussels has so far refused to reciprocate, citing concerns that the UK may diverge from EU rules.

At the end of March, the UK and EU announced a first step towards future financial services co-operation by publishing a Memorandum of Understanding. The MoU sets up a framework for future talks between the two sides and establishes a regulatory dialogue.

The MoU was welcomed in the UK, but there is still a long way to go before the two sides can conclude a full financial services treaty, and that may never happen.

If financial services equivalence is a longer-term game, the most immediate post-Brexit milestone for our sector is achieving agreement on the cross-border movement of data. Seamless data flows are vital for our industry, especially as it moves towards full digitisation.

Transitional arrangements run out at the end of June, and in the meantime the EU has to decide whether the UK offers adequate data protection for EU citizens, known as ‘adequacy decisions.’ If no such decision were granted by the end of June, then data cannot pass freely between the UK and the EU.

Instead, those receiving data from the EU would be required to independently assess the protection of that data and implement technical and legal measures to ensure that data transferred is protected by ‘appropriate safeguards’ under the terms of GDPR.

The adequacy decision, if confirmed, will allow brokers, insurers and other businesses, and institutions to continue to exchange data with sufficient safeguards in place. However, even with agreement now, data may well be a future sticking point if the UK decides to diverge from current GDPR rules, or the EU strengthens GDPR and the UK doesn’t follow suit.

Close Brothers Premium Finance (CBPF), which partners with over 1,600 brokers in both the UK and Ireland, had already put measures in place to ensure we were able to continue doing business in Ireland after December 31 last year.

We pushed ahead with the implementation of our DAC entity. Now, all new and renewal business, for both personal lines (PL) and commercial lines (CL) customers are written through our new business entity, CBP DAC.

Although it is far from clear what long-term picture will emerge from the UK’s decision to leave the EU, CBPF’s commitment to doing business with our brokers in the UK and Ireland is as strong as ever.

The post-Brexit journey so far has highlighted how important it is to have clarity over what’s coming down the road.

The need to foresee how the regulatory environment will take shape in the future, so giving time to adapt, means the industry can be as prepared as possible to manage its way successfully through Brexit and other issues we do not quite have full control over. 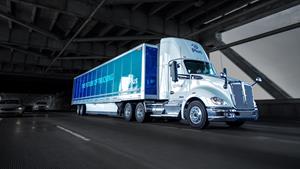 Next post Plus, a Global Provider of Self-Driving Truck Technology,
scroll to top