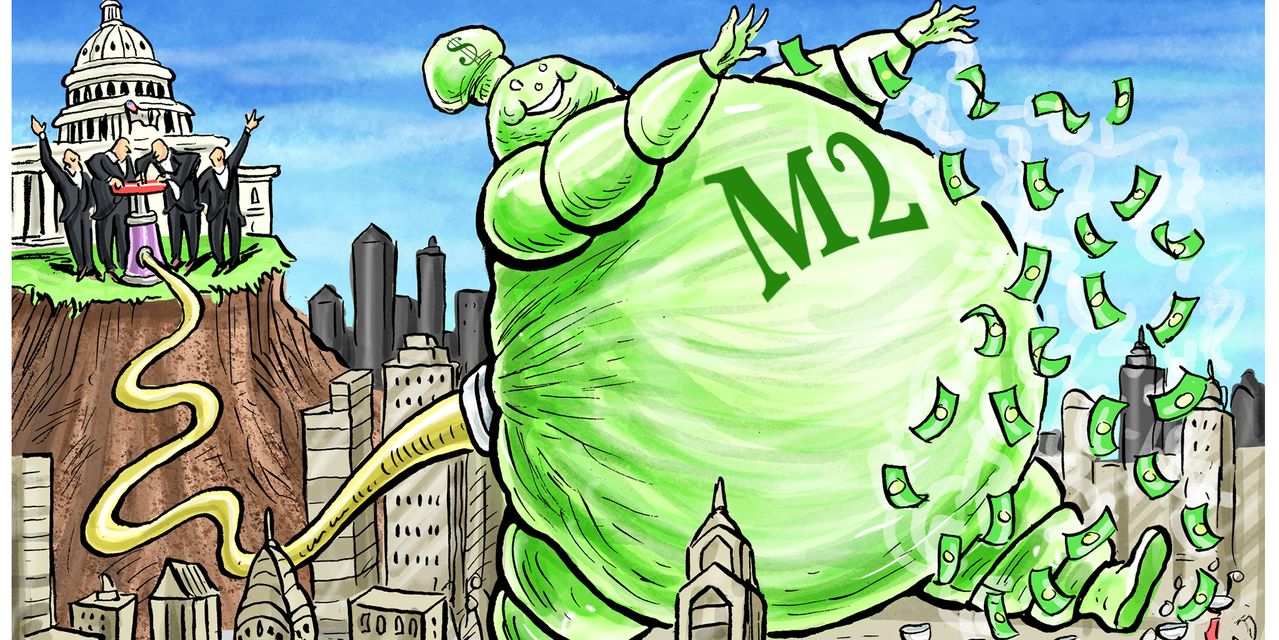 Economists John Greenwood and Steve H. Hanke ably sound the alarm in “The Money Boom Is Already Here” (op-ed, Feb. 22). Too many have looked away as the Federal Reserve prints dollars by another name: quantitative easing. While the authors rightly describe the profound implications of the massive surge in M2 from the money that has already been spent, they neglected to mention the implications for the pending $1.9 trillion in Covid spending that President Biden and many at Treasury and the Fed have requested. Follow their logic and understand the profoundly bad implications of an additional $2 trillion on top of the $4 trillion in prior Covid-rationalized spending.

The Fed’s creative accounting combined with profligate federal spending won’t end the pain for Americans. It will grow the wealth gap, inflate asset prices, accelerate the growing gap between Wall Street and Main Street and imperil the U.S. dollar as the global reserve currency.

Our economy has embarked on a self-destructive path to oblivion. We’ve nearly tripled national debt held by the public in 12 years and there is more to come. Future generations will have to repay that debt.

In his 1919 book, “The Economic Consequences of the Peace,”

notes: “Lenin is said to have declared that the best way to destroy the Capitalist System was to debauch the currency. By a continuing process of inflation, governments can confiscate, secretly and unobserved, an important part of the wealth of their citizens.”

Lenin, the architect of Russian communism, warned us of this peril over a hundred years ago. Why didn’t we listen? Is it already too late?

Messrs. Greenwood and Hanke worry the Fed’s “massive expansion of money and credit” creates “speculative manias.” They are half right. The money supply has indeed skyrocketed. But inflation hasn’t. All the new money in the world won’t drive up prices if it doesn’t circulate. Right now, it’s sitting in bank vaults. No worries there.

Credit is another story. Previous Fed chairs, such as

took a firm stance against credit allocation by the central bank. Chairman

embraced it. Now the precedent has been set: The Fed is open for business, provided you have enough political pull. Inflation isn’t our problem—credit allocation is. The more we hunt for the former, the easier it is to miss the latter.

Appeared in the March 1, 2021, print edition as ‘The Fed Is Financing Future Debt Problems.’