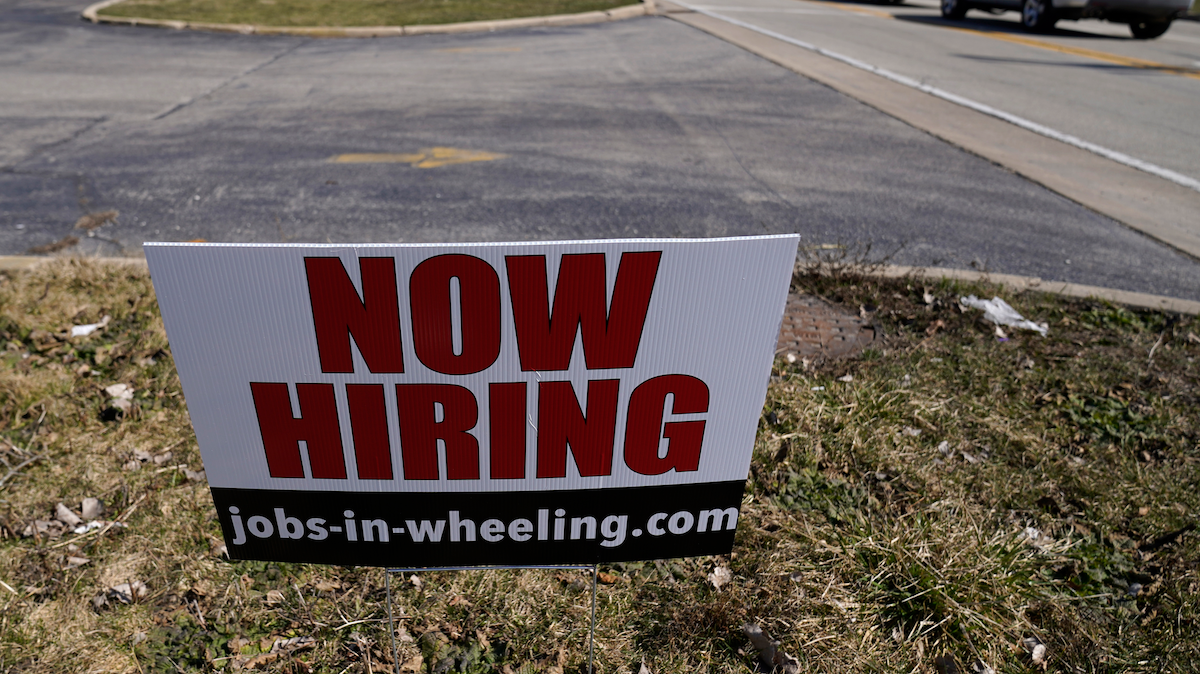 The number of Americans applying for unemployment aid fell last week to 547,000, a new low since the pandemic struck.

WASHINGTON (AP) — The accelerated rollout of COVID-19 vaccines, along with the Biden administration’s rescue aid policies, have brightened the outlook for the U.S. economy as it extends its recovery from the pandemic recession.

That is the view of a majority of business economists that emerges from a survey being released Monday by the National Association for Business Economics. The results, based on responses from 97 NABE members earlier this month, found that two-thirds say the vaccines and the administration’s policies have increased their optimism.

An equally large proportion say the vaccine rollout and a new presidential administration have had a positive effect on their companies’ sales and hiring, up from only 37 percent who said so in a survey done in January. In addition, 35 percent of the economists say they think the economy will grow at a robust rate of at least six percent over the next year. Only four percent of the economists had predicted growth that strong in the January survey.

In a further sign of their brightening outlook, nearly two-thirds of the business economists reported that their companies’ sales had increased over the past three months. That’s up from just over half of the respondents who said so in January.

The NABE’s survey results are consistent with rising expectations, at the Federal Reserve and among analysts in general, that the U.S. economy has begun a strong recovery that should accelerate hiring and sustain a healthy pace of growth. “Conditions continued to improve during the first quarter of 2021,” said Manuel Balmaseda, president of the NABE and chief economist at CEMEX, a multi-national manufacturer of cement products. “This optimism is broad-based by sector.”

The survey found that 43 percent of the respondents said that sales at their companies were now between 76 percent and 100 percent of their levels before the pandemic erupted last year. An additional 27 percent said their companies’ sales now exceeded pre-crisis levels.

According to the survey, businesses increased their hiring for a third consecutive quarter, with many companies reporting higher shortages in skilled labor categories. Among the respondents, 20 percent said that over the past three months hiring at their companies had risen, up from a pandemic low of five percent who said so last July.

Nearly two-thirds (63 percent) of the economists surveyed said that President Joe Biden’s $1.9 trillion rescue package, signed into law in March, had raised their expectations about the economy’s future.

Next post Golf Cart Market : How Is The World Business Will Shape Up In 2021 And Coming Years?
scroll to top