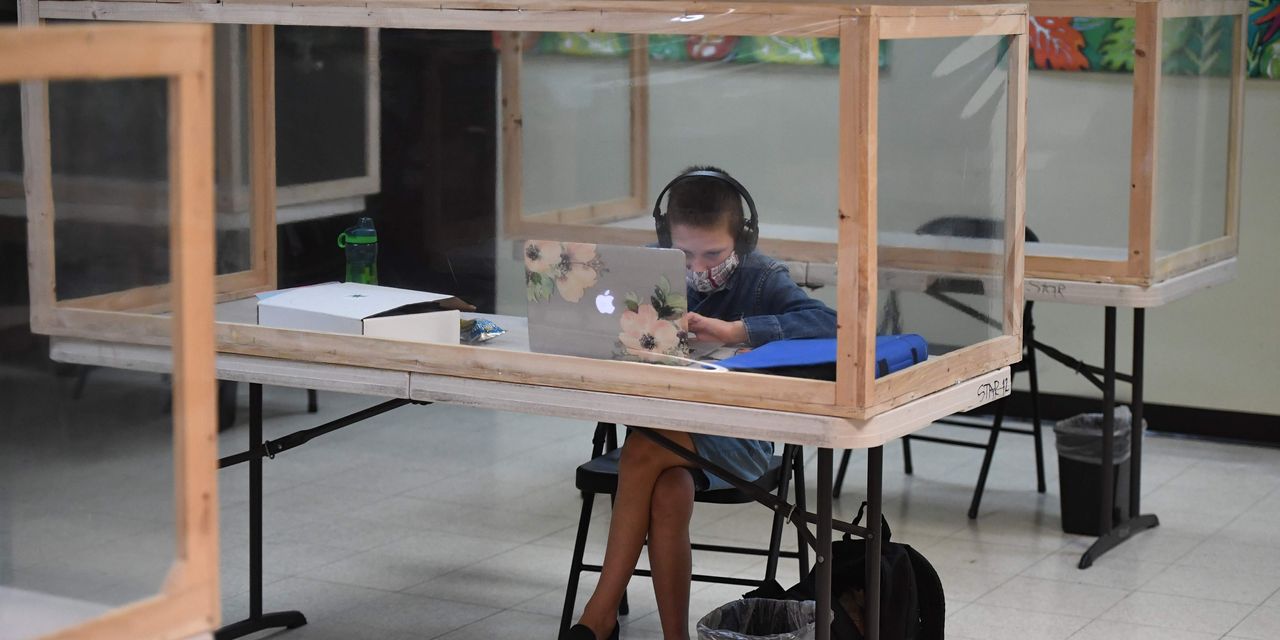 The new Covid-19 relief plan, passed by the Senate over the weekend, includes $123 billion for K-12 public schools, supposedly to help them reopen. That’s almost the amount the U.S. dedicated, in real terms, to the Marshall Plan to rebuild Europe after World War II. And it’s on top of the mostly unspent $54 billion federal bailout for public schools from December and the $13 billion allocation from last spring.

protests that “countless places lack the resources to implement the necessary safety provisions.” But our new analysis suggests funding isn’t the reason teachers unions are keeping schools shut. In fact, our prior work has found that union influence, rather than scientific concerns about the spread of the virus, is the primary driver behind reopening decisions.

Private schools have either been open for most of the past year or have been fighting to reopen. Kentucky private schools took the fight to the U.S. Supreme Court to return to in-person instruction, and private schools in Ohio and Michigan pursued similar legal action. A private school in Sacramento, Calif., even rebranded itself as daycare to get around the government’s arbitrary closures.

Many teachers unions, by contrast, have been fighting to stay at home. The difference is one of incentives. Public schools get their funding regardless of whether they open their doors.

Our new analysis throws another wrench in the teachers union narrative. We examine data from more than 12,000 school districts nationwide, covering more than 90{98cae0078f524eff3ab8ec32cf55b261677ef6c8a6ed6e94d92a4234b93f46b6} of school-age children, and find no evidence to suggest that higher revenue or expenditures per student are associated with a higher probability of reopening schools for in-person learning.

Instead, we find that public school funding is either uncorrelated or even negatively correlated with in-person instruction. Some models suggest that schools that went fully remote were better off financially than their in-person counterparts in the same state.

These results hold across various analytic techniques and specifications that control for district size and a rich set of county-level demographics such as political tendencies, Covid-19 risk, household income, educational attainment, and race and age distributions.

Like other studies, ours didn’t find a consistent negative relationship between Covid-19 risk in the community and the probability of reopening in person. School reopening was strongly related, however, to county-level voting patterns in the 2016 election.

The contrast between Florida and California is a prime example. This month’s data from Burbio indicates that in Florida, which spends about $10,700 a student each year, nearly all public schools offer full-time in-person instruction. In California, which spends about 38{98cae0078f524eff3ab8ec32cf55b261677ef6c8a6ed6e94d92a4234b93f46b6} more per student and has much stronger teachers unions, most public-school students still don’t have access to in-person learning options.

Another analysis, from researchers at Georgetown University, found that public school districts that decided to teach remotely generally had financial surpluses. The researchers estimated that Los Angeles public schools, which opted to keep their doors shut, had a more than $500 million funding surplus, or about $1,100 a student, for the 2020-21 school year.

that would have made relief funding conditional on reopening schools in person if all teachers were vaccinated?

Something doesn’t add up. From Virginia to California, some school districts have opened public-school buildings for in-person child-care services but not for in-person learning. A California teachers union leader working to delay school reopening took his own daughter to an in-person private preschool. A Chicago union leader urged teachers to refuse to return to the classroom while vacationing in Puerto Rico.

This suggests that the school reopening debate has always been more about politics and power than safety and the flourishing of the next generation. For that, children have paid the consequences and will continue to pay in the decades ahead. Parents haven’t had it easy either.

The basic problem isn’t new: Incentives are misaligned. Taxpayers fund schools rather than students. The only way to fix the system is to give families real options by funding students directly and letting them choose where to spend the education dollars. This would force schools to respond to the needs of students, not the other way around.

Mr. DeAngelis is director of school choice at the Reason Foundation, executive director at the Educational Freedom Institute and an adjunct scholar at the Cato Institute. Mr. Makridis is a research professor at Arizona State University, a nonresident fellow at Baylor University and a senior adviser at Gallup. 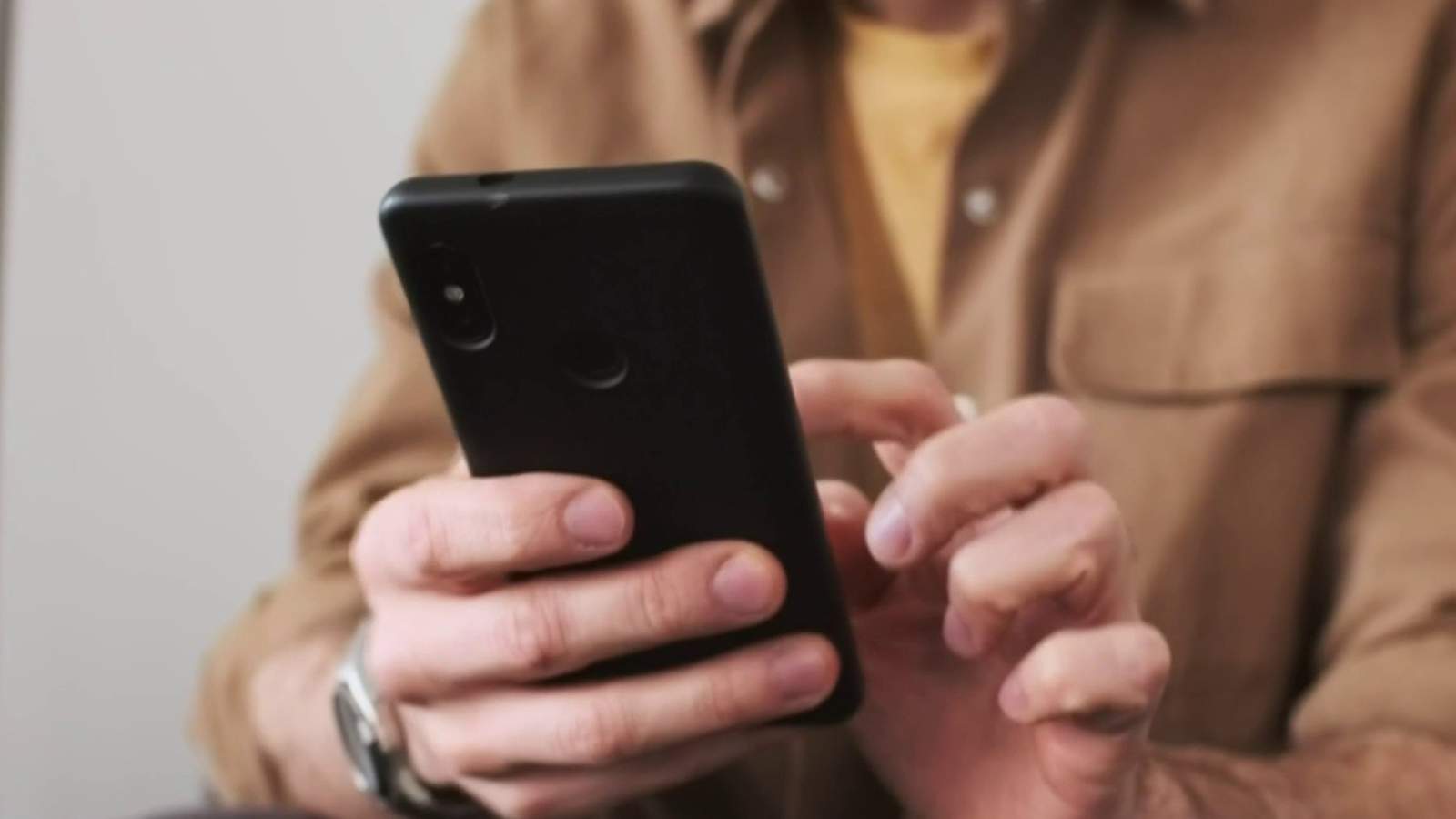 Next post Will the real financial bubble please stand up?