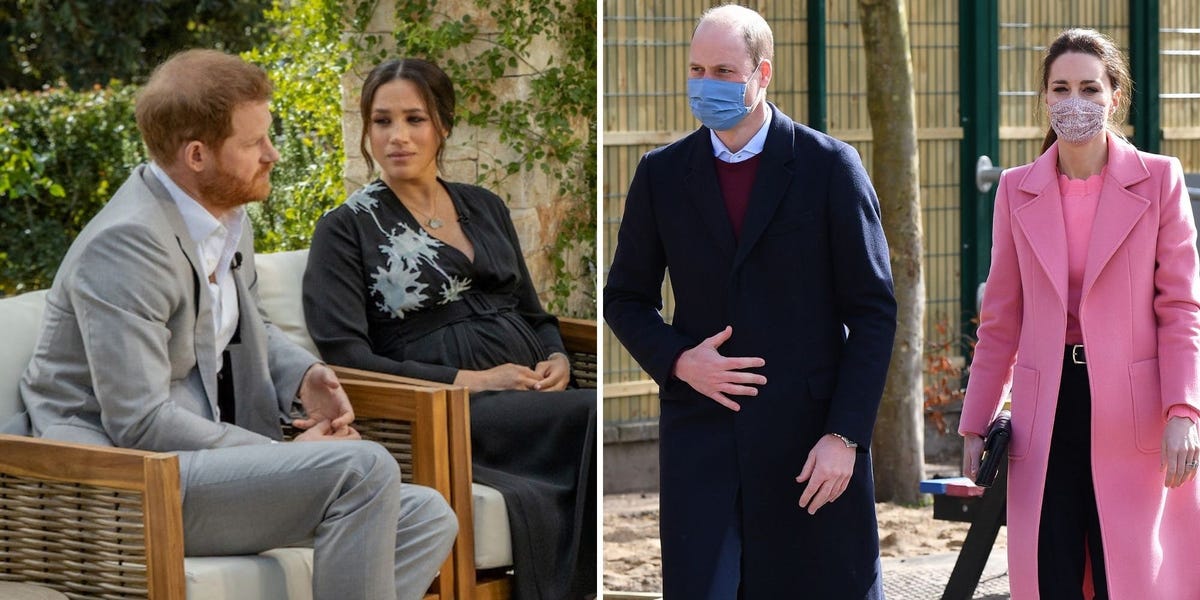 After Prince Harry and Meghan Markle’s no-subjects-off-limits interview with Oprah Winfrey, the British royal family has seemingly carried on as usual.

Speaking with Winfrey, Markle and Harry said that unnamed senior royals (who Winfrey later said, per Harry, were neither the Queen nor Prince Philip) expressed “concerns” about Archie’s skin tone before he was born.

Markle also said she was “silenced” by the palace and that she expressed as a royal that she didn’t want to be alive anymore but was denied mental health support.

The Queen acknowledged Harry and Markle’s interview in a statement from Buckingham Palace on Tuesday and said their allegations of racism would be addressed “privately.” Throughout the week, the royal family continued with community appearances and promoting their patronages.

While it’s possible that many of these engagements may have long been scheduled, they also show what the royal family is prioritizing — and it doesn’t include giving much more acknowledgment of Harry and Markle’s interview.

On Thursday, Prince William and Kate Middleton made their first public appearance after Harry and Markle’s interview aired in the UK on Monday.

The Duke and Duchess of Cambridge visited School 21 in Stratford, London to speak with teachers and mental health professionals about Mentally Healthy Schools, the UK’s first mental health information and resource hub for secondary schools and colleges, according to Kensington Palace.

A post shared by Duke and Duchess of Cambridge (@kensingtonroyal)

At the school, Prince William broke his silence about his relationship with his brother.

Prince William told Sky News correspondent Inzamam Rashid that he hadn’t talked to Harry since the interview but that he “will do.” The Duke of Cambridge also said the royal family is “very much not a racist family.”

Prince William and Middleton have long championed mental-health initiatives. They even previously worked with Harry and Markle (when they were working royals) to launch Shout 85258, the UK’s first free, confidential, 24/7 texting support service.

Despite the family’s support of mental-health organizations, neither Prince William nor Middleton has addressed Markle telling Winfrey that as a senior royal, she wasn’t able to get the help she needed.

The Queen celebrated science education in a lighthearted call

The 94-year-old monarch attended an event on Friday to celebrate British Science Week.

The Queen, who tuned in from Windsor Castle, showed her sense of humor while speaking about her 1961 meeting with Russian pilot and cosmonaut Yuri Gagarin, the first person to travel to space.

“What was he like?” Maggie Aderin-Pocock, a British space scientist, asked the Queen.

She continued: “He was fascinating, and I suppose being the first one was particularly fascinating.”

Prior to the premiere of Harry and Markle’s interview with Winfrey, the royal family hinted at how they would seemingly carry on after the tell-all conversation.

Hours before the Sussexes’ interview aired in the US on Sunday, members of the family spoke in a previously scheduled Commonwealth Day broadcast.

At the time, a Buckingham Palace spokesperson told Harper’s Bazaar that the broadcast was a way of showing “where the royal family’s priorities lie.”

Buckingham Palace did not immediately respond to Insider’s request for comment for this story.