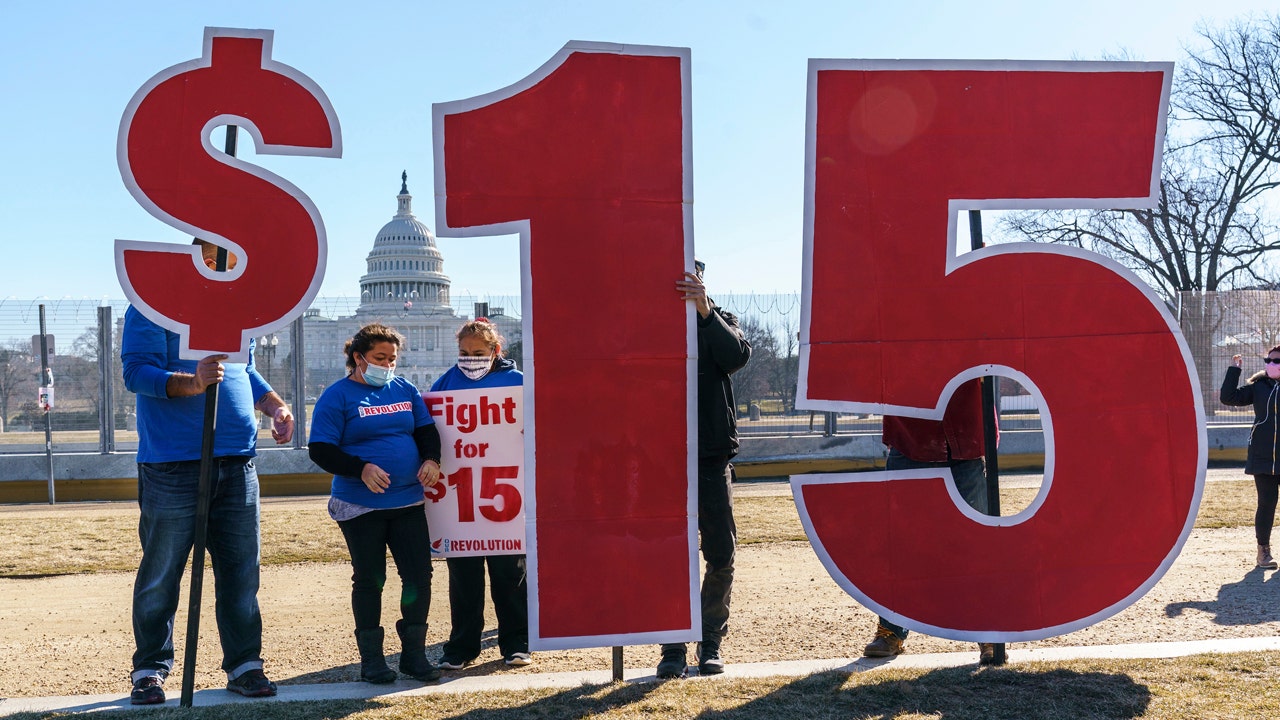 Fox News’ Chad Pergram on what’s next for the Democrats’ relief bill.

Progressive Democrats launched a last-minute campaign urging the White House to overrule a top Senate official who decided late Thursday night that a federal minimum wage increase could not be included in the coronavirus relief package.

The parliamentarian, the non-partisan Senate referee, determined that raising the pay floor from $7.25 an hour is not compliant with rules under the procedural tool that Democrats are using to pass the measure with a simple majority in both chambers and avoid a Senate filibuster by Republicans.

The finding by Elizabeth MacDonough dealt a major blow to liberal lawmakers, who have tried for years to raise the federal minimum wage from $7.25 to $15 an hour and viewed President Biden’s nearly $2 trillion relief package as the best avenue to do so.

Despite that, the 94-member Congressional Progressive Caucus began to almost immediately pressure the Biden administration to overturn the decision.

“We cannot allow the advisory opinion of an unelected parliamentarian and Republican obstructionism stop us from delivering on our promise to voters,” the caucus tweeted Thursday night. “Workers are counting on us to #FightFor15 and finally #RaiseTheWage for millions.”

Rep. Pramila Jayapal, the chair of the Progressive Caucus, said she “strongly disagreed” with the parliamentarian’s ruling and argued that increasing the pay floor did not violate the so-called Byrd rule, which limits any provisions passed via reconciliation to have a direct impact on the budget.

“The White House and Senate leadership can and should still include the minimum wage increase in the bill,” Jayapal, D-Wash., said in a statement. “We simply cannot go back … to the voters who delivered us the White House and the Senate majority and tell them that an unelected parliamentarian advised us – based on arcane rules – that we could not raise the minimum wage as we promised.”

Although Vice President Kamala Harris has the power to overturn the parliamentarian as president of the Senate, White House press secretary Jen Psaki signaled that option is not on the table.

“President Biden is disappointed in this outcome, as he proposed having the $15 minimum wage as part of the American Rescue Plan,” she said. “He respects the parliamentarian’s decision and the Senate’s process.”

The minimum wage increase already faced an uphill battle in the Senate, and it’s unclear whether the provision would have become law even if the parliamentarian allowed it: Joe Manchin of West Virginia and Krysten Sinema of Arizona, two of the party’s most moderate members, have signaled they do not support increasing the pay floor as part of a broader COVID-19 relief effort.

The federal minimum wage has not increased in more than a decade, although a growing number of states have voted to adopt their own wage increases. There are 29 states with wages above the federal minimum wage, according to the National Conference of State Legislatures. At $14 an hour, California currently has the highest minimum wage in the nation.

Raising the minimum wage from $7.25 to $15 an hour by 2025 would cost the economy about 1.4 million jobs and would lift 900,000 Americans out of poverty, according to a recent analysis by the nonpartisan Congressional Budget Office.