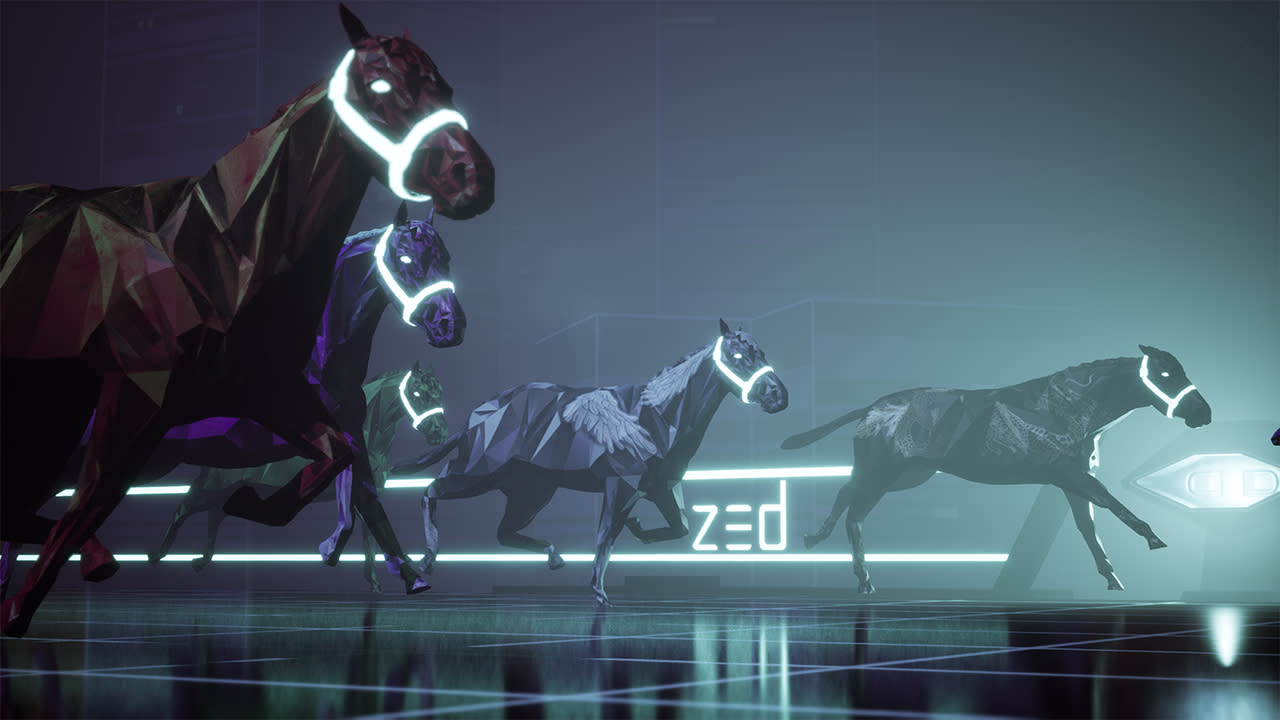 Tamagotchi meets Churchill Downs in one of sports’ newest cryptotrends, Zed Run. The online game, which has generated hype and consternation in equal measure, allows for digital horse ownership, as well as just about anything you’d want to do with an online horse, like racing, trading, and—yes—breeding.

Australia-based studio Virtually Human launched Zed early in 2019, selling 4,450 digital horses that year with an average price of about $30. It relied on NFT technology to establish proof of ownership and allow for secondary transactions on sites like OpenSea, the popular digital art and collectibles marketplace.

In Zed, horses are differentiated by a number of factors, with established breed types and bloodlines tracing back to horses Zed created as coveted “Genesis” racers. Their odds of winning any given race are hidden to users, with their race history providing the best information on their assigned prowess, which can vary based on race length. In the future, Ebeling said, other factors like weather conditions and track location could impact results a well. Multiple races are run every hour across six different classes based on horses’ records and experience levels.

Owners can pay entry fees to participate in races with prize pools ranging from a few dollars to several hundred. The races themselves are presented as a sort of Tronified version of the virtual races diehard gamblers would be familiar with.

The animated horse racing terminals found in some casinos and bars are “really stupid, to be honest,” Zed board member Rahul Sood said. “Zed said there’s got to be a better way. The idea of ownership changes the dynamic.” Sood added that Zed plans to let viewers bet on the races when they can get approval from regulators. But, Ebeling said, Zed’s vision goes far beyond offering gambling opportunities—very far.

“In my world, Zed is real,” Ebeling said. “It exists on a parallel timeline to ours; it’s quantum physics. It’s 2150 on a planet called Novus Earth. On this Earth digital horse racing reigns supreme. It’s been put in place to balance out wealth.” Zed owners are able to use augmented reality tech to view their horse as if it was in their room, the equivalent of “teleporting them from a parallel timeline,” as Ebeling put it.

With an entire world to explore, there’s plenty of room to grow, he said. In particular, he’s focused on the ways people could make a living within Zed by owning horses, managing stables for others, reporting on developments or in the future hosting digital events that become Zed’s equivalent of the Kentucky Derby.

“We’re building an ecosystem that can run itself,” Ebeling said.

Real-world business Atari has signed on to help develop Ebeling’s vision, offering its IP for a series of in-game activations, such as themed horses and tracks. The legacy gaming company has created an entire division to focus on blockchain and digital worlds, with an eye toward the metaverse‚ a virtual space where users can interact with each other and various companies.

Ebeling said Zed is listening to its users as it makes decisions about the still-in-beta platform: Should they add jockeys? Should the horses die? On the outside, others are questioning whether the NFT world is here to stay, especially as prices come down from their March highs. For now, Ebeling says Zed isn’t looking to put the blood-and-guts horse racing business out to pasture.

“Reality is reality,” he said. “It will always have its place.”