A cat adoption café. Specialty fashion accessories. Goat yoga. There’s one place it all can find an audience. Here’s a hint: It’s one of the two places that gobble up more than 60{98cae0078f524eff3ab8ec32cf55b261677ef6c8a6ed6e94d92a4234b93f46b6} of digital advertising dollars. This week, Facebook launched a new ad aimed at every type of small business and entrepreneur, pitching itself as the best place to have an idea found, precisely because of its ubiquity as a social platform.

For every idea out there that gets the love it should

There are five more that don’t succeed, and some are lost for good

But many are small businesses that simply lack the tool

And that’s because personalized ads find good ideas for everyone.

I mean, it’s no “Pull Up to the Bumper.” However, as Facebook still finds itself in “necessary evil” territory for most people—they like to see pics of their friends’ kids but, y’know, hate all the misinformation and privacy issues—the company lately has decided to lean into the last demographic that actually likes them: small businesses.

Small business accounts for nearly 75{98cae0078f524eff3ab8ec32cf55b261677ef6c8a6ed6e94d92a4234b93f46b6} of Facebook’s $70 billion annual ad revenue, according to Deutsche Bank, and it was the bulwark that prevented last summer’s advertising boycott by major brands from having any meaningful or lasting financial effects.

So it’s no surprise that the company continues to woo small businesses, even if most are there not because of any semblance of brand loyalty. To be coldblooded about it, Facebook offers the cheapest marketing option with the most reach. In May 2020, the company rolled out Facebook Shops e-commerce to serve small businesses, with CEO Mark Zuckerberg himself touting how Facebook hoped that it would mean “there’ll be higher conversions and more sales for small businesses.”

A couple of months later, during the company’s earnings call last summer, in which the phrase “small business” was said 34 times, Zuckerberg invoked the sector when he pitched hard for the power of targeted ads, saying, “That’s why I am often troubled by the calls to go after internet advertising, especially during a time of such economic turmoil like we face today with Covid . . . . The much bigger cost of such a move would be to reduce the effectiveness of the ads and opportunities for small businesses to grow. This would reduce opportunities for small businesses so much that it would probably be felt at a macro-economic level. Is that really what policymakers want in the middle of a pandemic and recession?”

The drumbeat continued in September 2020, when the brand launched a tear-jerker ad—shot by an Oscar-nominated cinematographer and featuring a soft emo cover of “I Will Survive” by Lykke Li—celebrating a beloved New York neighborhood restaurant called Coogan’s that was forced to shut down during the pandemic. It’s a lovely tribute to a uniquely specific small business, and yet . . . zoom out and remember that Facebook is the place where, according to advocacy group Avaaz, misleading health content had garnered an estimated 3.8 billion views over the past year.

And lest we forget, in December, Facebook decided to retaliate against Apple’s decision, beginning with iOS 14, to require mobile apps to request permission to track users for advertising purposes. Facebook’s response was to take out full-page ads in The New York Times, The Washington Post, and The Wall Street Journal stating, “We’re standing up to Apple for small businesses everywhere.”

People are now generally more wary than ever about how their personal information is being used. The brand appears to think the same old pitch about getting more relevant ads that we’ve been hearing from tech companies for a decade will somehow sound better when it’s sung by Grace Jones. (It doesn’t.) Droga5 creative director Thom Glover told Muse By Clio, “We knew going in that it’s hard for people to understand the value of the ads they see on Facebook and Instagram every day. Our challenge was to tell a story about personalized advertising showing that value.”

Advertisers may buy that, but actual users may not be such an easy sell. Recall the response from WhatsApp users in January, when it was rumored the messaging app’s privacy-policy changes would allow WhatsApp to read users’ messages and hand the information over to its parent company, Facebook, which the company has denied. WhatsApp quickly began to bleed users, and encrypted apps such as Signal got a significant boost. Or remember when there was some mishandling of Instagram passwords.

Undaunted, Facebook continues to make its case. Just a few weeks ago, the company created a new pop-up prompt to users, extolling the virtues of its data-collection strategy, such as personalized ads, which it wants us to think about before clicking through to the new privacy warning coming soon to iPhones from Apple.

This new ad, then, is Facebook taking a page from every Midwestern conservative who ever ran for Congress, wrapping itself in the dream of American entrepreneurship and small business. The specificity and story of each highlighted business warm our patriotic hearts while obfuscating any broader policies that may actually be against our best interests.

As a marketing strategy, it’s pretty damn good. Need, after all, can be as powerful a drive as love. 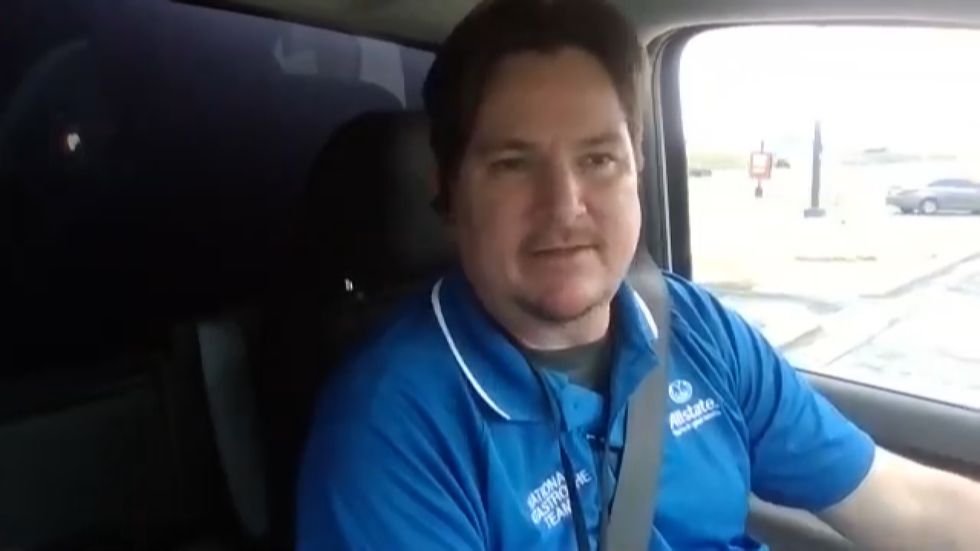