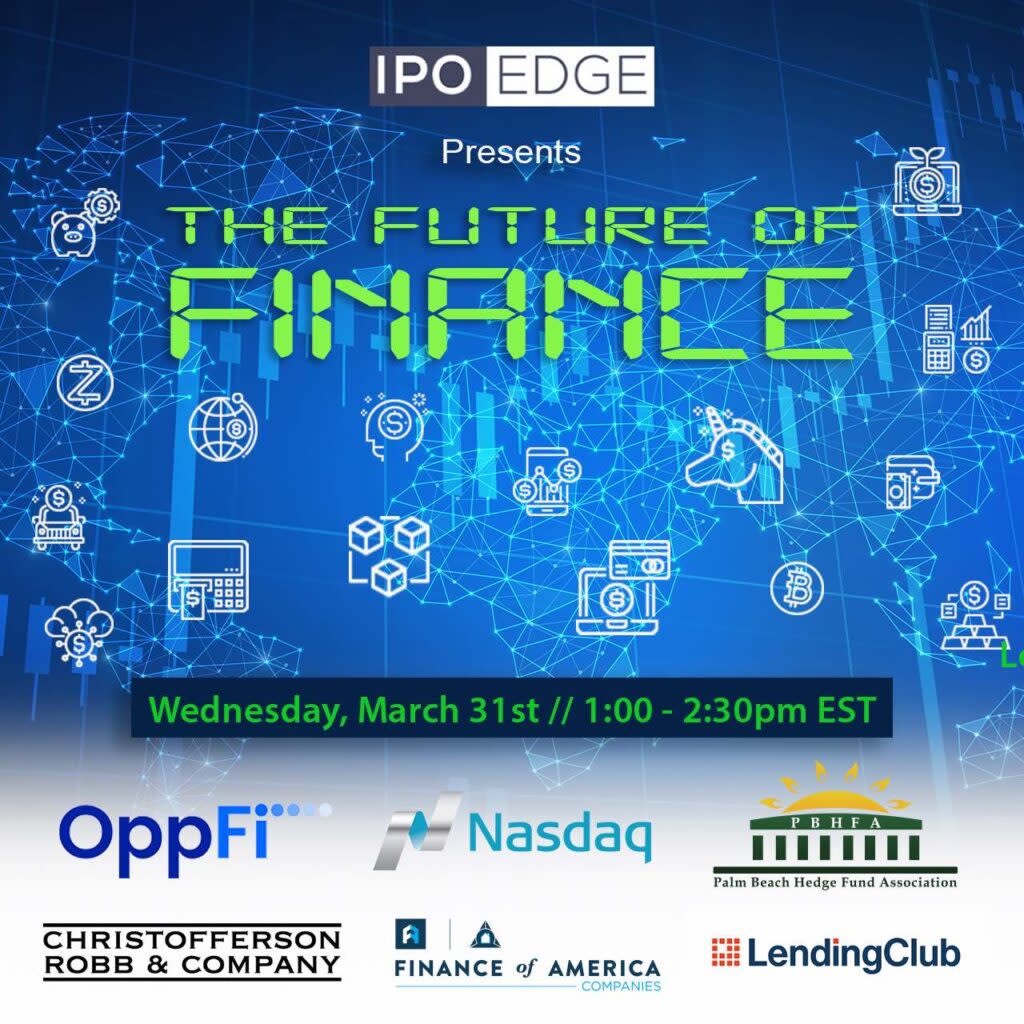 The battle for banking is heating up as Fintech companies roll out new lending and financing services. For the largest players, this could bring more high-margin lending and profits for shareholders. It could also make the U.S. more equitable for those with lower credit scores who can’t access traditional loans. Fintech stocks continue to outperform the S&P 500 led by e-commerce payment and digital-wallet stocks that are experiencing a rapid rise in volume, driven by the consumer shift to online shopping, contactless transactions and mobile banking.

Hear from a panel of cutting-edge CEOs for an inside take on the next phase of growth.

The panel will cover topics including:

Jared Kaplan is the CEO of OppFi, a leading financial technology platform that powers banks to help the everyday consumer gain access to credit. To date, OppFi has facilitated the issuance of more than 1.5 million loans through its platform. The company launched SalaryTap, its near prime installment lending product that is repaid through payroll deduction in 2020 and will pilot OppFi Card, its new credit card product, in the second half of 2021.

Scott is the CEO of LendingClub, the only full-spectrum fintech marketplace bank at scale, which has helped more than 3 million Americans save billions of dollars since it was founded in 2007. Appointed CEO in 2016, he is responsible for leading 1,000+ employees to achieve the company’s vision to put members on a path to financial success, as the business evolves beyond its personal loan heritage to serve a broader set of customers’ needs by taking advantage of its technology and data-driven marketplace.

Patti Cook is the CEO of Finance of Americas Companies. A dynamic and inspiring leader, Patti has a proven track record of delivering results, managing change and engaging employees. Her goal is to continue building a company whose products and services meet customers’ needs throughout each phase of their financial lives.

Jack is Nasdaq’s Vice President, New Listings and Head of Private Capital Markets at Nasdaq. In this role, Jack oversees all Nasdaq’s private company business, including IPOs. In 2019, Nasdaq won 78{98cae0078f524eff3ab8ec32cf55b261677ef6c8a6ed6e94d92a4234b93f46b6} of all IPOs and 6 of the 10 largest deals by proceeds raised. Prior to joining Nasdaq, Jack was a Vice President of Technology Investment Banking at GrowthPoint Technology Partners, where he focused on cross border M&A transactions. Prior to joining the business world, Jack played Major League Baseball for the San Diego Padres and Houston Astros. While playing baseball, Jack also co-founded Players for the Planet – a non-profit organization that utilizes professional athletes to promote environmental awareness.

IPO Edge is dedicated to objective journalism as a means to deliver the clearest news and analysis of new and upcoming initial public offerings. In an era when misinformation is rampant, we aspire to distinguish between truth and falsehood, along with opportunity and risk. Find our content on www.ipo-edge.com along with Yahoo Finance and Bloomberg Terminals.