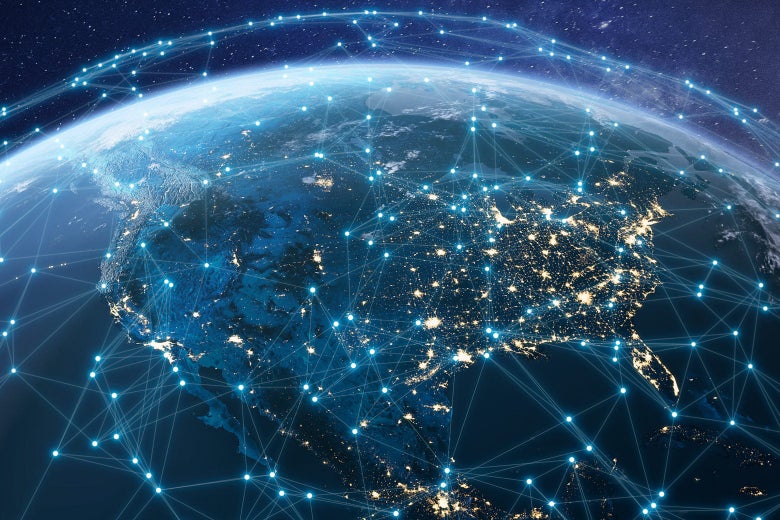 When the world locked down a year ago, the internet suddenly became many people’s only portal to services, goods, and one another. They may not have felt like it at the time, but they were lucky.

Many school districts across the country had to deploy Wi-Fi-equipped buses so students living in areas with spotty broadband could participate in distanced learning. There were numerous reports of kids perching in fast-food parking lots to access Wi-Fi to do homework. An estimated 15 million to 16 million public school students in the K–12 system still do not have adequate home internet connections. Lack of internet access has also prevented many Americans, particularly the elderly, from registering to get a coronavirus vaccine and other medical services; the Pew Research Center found in 2019 that more than 40 percent of people over the age of 65 did not have access to broadband at home. More than 30 million Americans currently live in areas without broadband, a problem that most critically affects Black and brown communities as well as people living on tribal lands.

Internet deserts remain a stubborn and complex problem, one that the government and the telecom industry have been trying to crack for decades now. It often isn’t profitable for big telecom companies to build networks in remote, low-income, and sparsely populated areas of the country, a fact that leaves tens of millions of Americans without service. The Federal Communications Commission has spent $35 billion since 2012 in an attempt to provide rural homes with better broadband service, yet about 35 percent of rural Americans still don’t have quality access. The pandemic served as a wake-up call about the severity of the digital divide, and it may provide the momentum needed to address the problem with a robust and comprehensive solution. President Joe Biden says he has one. But is it good enough?

The pandemic served as a wake-up call about the severity of the digital divide, which may provide the momentum needed to address the problem.

“American Jobs will make sure every single, every single American has access to high-quality, affordable, high-speed internet for businesses, for schools,” Biden said in his speech in Pittsburgh last month unveiling his $2.3 trillion American Jobs Plan to revamp the nation’s infrastructure and large chunks of the economy. “Americans pay too much for internet service. We’re going to drive down the price for families who have service now, and make easier for families who don’t have affordable service to be able to get it now.” Biden’s package includes a provision for $100 billion to be spent over the next eight years to build broadband infrastructure for unserved populations, with a focus on rural areas, to ensure 100 percent coverage throughout the country. The president is also calling for more transparency in internet service pricing and, when it comes to laying down new cables, the prioritization of municipal and other not-for-profit networks over major players like Comcast and Verizon. The initiative was inspired by the 1936 Rural Electrification Act, which launched a New Deal program to bring electricity to rural America in which the federal government offered low-cost loans to farmers forming nonprofit energy cooperatives.

The particulars of how the administration will execute this plan are scant for now, and it’s far from guaranteed that all of the $100 billion will make it through Congress unscathed. (The Wall Street Journal reports that some Senate Republicans, despite also ostensibly yearning for universal and accessible internet, are concerned about the amount of proposed spending on broadband and the corporate tax increases that would pay for this and other spending in Biden’s plan. If the Democrats ultimately pursue a bipartisan bill rather than using the budget reconciliation process, the price tag would almost certainly shrink.) As more details emerge on how exactly this $100 billion would be spent, though, here are some major considerations that could determine how successful the plan will be.

According to Sherry Lichtenberg, deputy director at the National Regulatory Research Institute, having a big sum of money with which to attack the digital divide will be important, but the key issue may actually be figuring out where to spend it all. “We still don’t really have a good map that shows where things are available,” she said. “It’s important to know who’s got service, who doesn’t have service, where service could be provided if somebody asked for it, and where people are really getting it even if they are asking for it because of the way the rules are written.”

Democratic and Republican lawmakers have been blaming the cracks in the country’s internet structure during the pandemic on the Federal Communications Commission’s broadband availability maps, which overestimate the number Americans who have access to providers. One study found that the FCC actually needs to double its estimate for the number of Americans who are unconnected. Congress passed a law last year instructing the FCC to produce more accurate maps, and the agency is now instituting a new system. Yet as technology strategist Mike Conlow recently wrote in Slate, the FCC’s rush to deliver a final product threatens to result in an only marginal improvement from the old maps. Without accurate maps, it’s difficult to know where the gaps are in the infrastructure that require more funding; an area that is incorrectly identified in a map as already having service won’t get the government support that it needs.

It’s also important to note that the maps generally have issues with identifying areas that have partial yet inadequate service rather than internet deserts with little to no service; for instance, Conlow notes that the FCC has been counting an entire census block as being served even if only one house there has internet. In a similar vein, there isn’t much coordination between existing databases indicating what parts of the population are or aren’t being served. “It reminds me of the way in which we’re doing vaccinations,” Lichtenberg said. “There’s not one vaccination database, and there isn’t one broadband database, so there is no way for a state or the federal government to say, ‘Here are the pockets where there isn’t anything, and that’s where we should focus.’ ”

When it comes to actually building new infrastructure, some telecom companies are hoping that a burst of federal spending will help with the proliferation of fiber-optic cables, which are superior in terms of operating costs and performance to traditional copper lines. “You don’t have to maintain it as much, and the capacity of fiber is so much greater that the individual service can be more affordable,” said Chip Pickering, former Republican congressman and current CEO of INCOMPAS, a trade group that represents telecommunications companies and Big Tech giants like Amazon and Google. “If you look at the pricing with AT&T and cable—proaxial, primarily copper—we have the highest prices for broadband among the developed economies of the world.”

While government programs tend to focus on areas that are completely unserved, upgrading infrastructure in underserved areas using fiber can help to improve subpar internet speeds. Fiber can also help to “future-proof” this infrastructure, a priority for the Biden plan to ensure that these networks won’t need major upgrades too often. “Fiber is clearly the best way to future-proof, because when you change the electronics, you can upgrade those speeds,” Lichtenberg said. “From a technical standpoint, it doesn’t go bad. … It doesn’t break as often.”

Installing fiber networks, however, is often more expensive. Federal funding usually goes toward the cheapest option in terms of upfront costs, even if the resulting network isn’t as capable. “Such a ‘worse where there’s none’ philosophy is understandable, and its goals laudable. But if we are going to spend federal dollars, we should first see if it is possible to build a service similar to what 90 percent of Americans enjoy,” former FCC Chairman Tom Wheeler argues in a Brookings brief, making the case for spending more for fiber. “To do otherwise will only set us up for another digital divide down the road.”

Just because the infrastructure might someday exist to give every American internet doesn’t necessarily mean that the service it provides will be affordable. In February, the FCC approved rules for a program providing low-income households with $50-per-month subsidies toward internet costs until the end of the pandemic, a considerable increase from the $9.25 Lifeline discount that people have traditionally relied on. However, it seems that Biden is looking for a yet-to-be-specified structural fix that will bring down prices. A statement from the White House said he “believes continually providing subsidies to cover the cost of overpriced internet service is not the right long-term solution for consumers or taxpayers.” Yet Olivia Wein, an attorney focusing on utility services at the National Consumer Law Center, is skeptical that reforms would negate the need for subsidies. “We can drive the cost down and we can make this a more competitive broadband marketplace, which is all fantastic, but we will still need to have a subsidy program for low-income households unless we eliminate poverty,” she said.

There is a hope, though, that quite a bit can be done to considerably lower costs. The Biden plan has made it a priority to focus on supporting networks operated by local governments, nonprofits, and collectives that can offer internet at lower prices without revenue pressures. “It has the potential to help drive down costs by introducing competition, so that’s exciting,” said Wein. Trade groups for major telecom players, however, are already bristling at the notion of the government intervening to bring down prices. Pickering, whose group tends to represent smaller telecom companies, notes that he would prefer a private sector solution but admits that it might not be enough. “Our first choice would to promote, incentivize, and enable private sector competition and new entrants into a market,” he said. “It’s an option where there’s a market failure, and there’s a lack of competitive entry or choice.” Price transparency, or requiring telecom companies to provide more straightforward information about operating costs and price points, could also help with ensuring affordability. “That will be an important piece of knowing just how much government intervention is needed to ensure that everyone can afford broadband,” Wein said. Pickering said he also supports greater price transparency as long as new entrants to the market don’t have to divulge information that would put incumbents at a greater advantage.

Biden’s sweeping plan for broadband comes after four years of former FCC Chairman Ajit Pai’s industry-friendly deregulatory agenda, exemplified by his decision to eliminate restrictions on hidden internet fees from the Obama administration. Pushback from the industry is likely to be formidable, particularly if the Biden administration tries to ensure affordability through pricing regulations. The pandemic may just have increased the urgency of expanding internet access just enough, though, to pave the way for a new approach.

I’ve been writing about technology at Slate for almost four years now, most recently covering the pandemic’s impact on the labor that fuels the industry. Thanks to the support of Slate Plus members, I’ve been able to document how the coronavirus has galvanized the workforce at Big Tech companies to seek better protections and employment benefits by forming unions. Subscribing to Slate Plus ensures that I can continue to cover this critical moment in labor rights. —Aaron Mak, staff writer 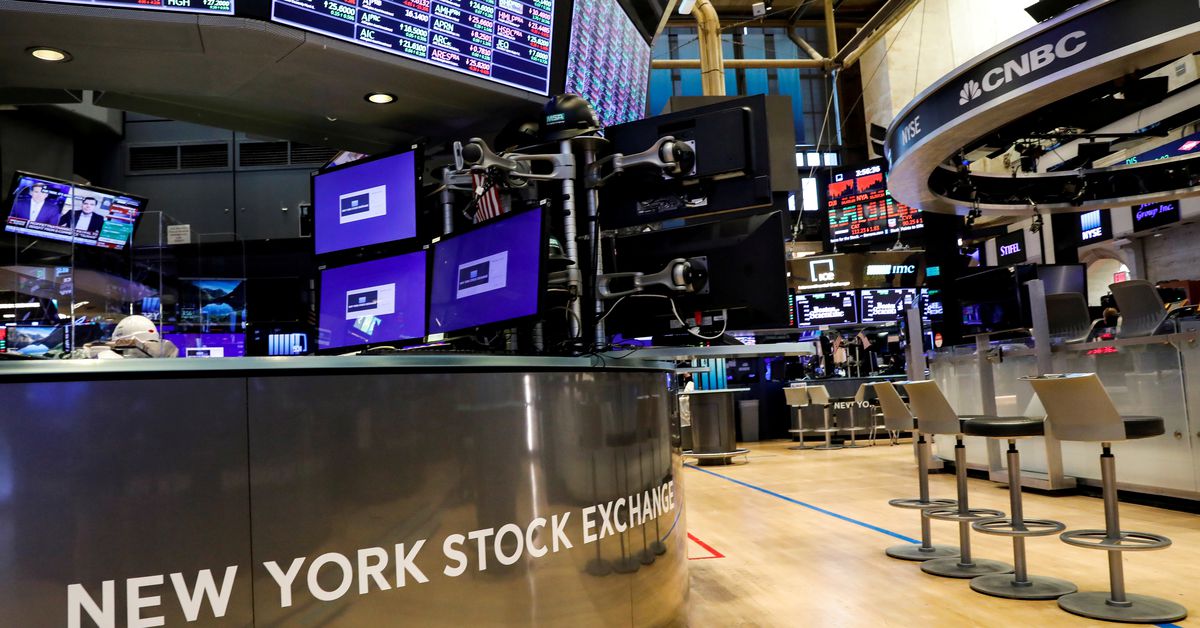