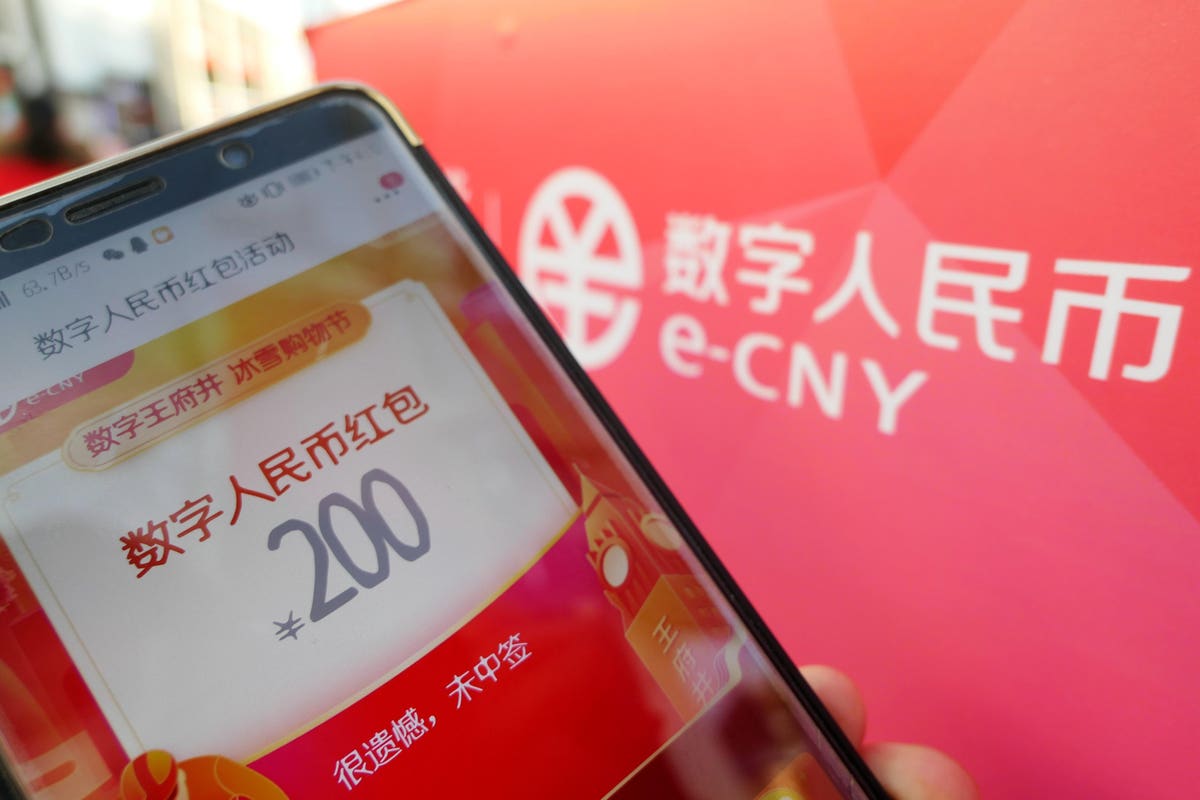 U.S.-China decoupling is impacting a wide range of industries. Supply chains in the semiconductor, rare earths, pharma and battery sectors, for example, have been slated for strategic re-shoring within the confines of the U.S., Europe, Japan and beyond.

But the global financial sector—which is undergoing a revolution in digital payment technologies and other fintech-enabled commerce—could soon face its own decoupling scenario. This is a corollary of techno-nationalism and it is being accelerated by the development of central bank digital currencies (CBDCs).

As part of its 14th 5-year plan, for example, China is investing massively in R&D and infrastructure for a digital currency. The e-CNY, or e-yuan, figures to play a critical role in the Chinese Communist Party’s domestic affairs and in the pursuit of its geopolitical interests.

Unlike a decentralized cryptocurrency issued by a private non-state actor—such as Facebook’s proposed Diem cryptocurrency—CBDCs are digital manifestations of a national currency and represent a store of value backed by a central bank.

There are social and economic benefits to using CBDCs. Digitized national currencies allow for the financial inclusion of people that are “un-banked,” meaning they have no traditional bank account. As mobile smart devices proliferate in even the world’s poorest areas, CBDCs will empower the un-banked to participate in a burgeoning digital economy.

Unlike private cryptocurrencies, CBDCs reduce illicit financing options for money launderers, terrorists and tax evaders. And by keeping monetary controls and transparency requirements in the hands of the state, CBDCs avoid the dangers of ceding too much power to private, non-state actors—such as Facebook or Alibaba.

According to 2021 analysis done by the Bank for International Settlements (BIS), 86{98cae0078f524eff3ab8ec32cf55b261677ef6c8a6ed6e94d92a4234b93f46b6} of the world’s central banks are experimenting with CBDCs and hope to provide their citizens with increased retail-level commercial access via the use of CBDCs.

Digital currencies have been pulled into the geopolitical arena, and, just as strategic supply chains are decoupling, CBDCs will fracture the global financial landscape into different blocs.

First, Beijing is working to reduce its dependence on the U.S. dollar and diminish its exposure to U.S. sanctions. In 2021, the U.S. dollar hit its lowest point in 25 years, dipping below 60{98cae0078f524eff3ab8ec32cf55b261677ef6c8a6ed6e94d92a4234b93f46b6} of overall world reserve currency holdings. Beijing, meanwhile, is doing everything in its power to internationalize the yuan, including its promotion along the Belt and Road initiative as the transactional currency for credit and trade.

Despite this, the greenback remains the dominant global reserve and trading currency, which Washington continues to weaponize. Most international transactions, for example, must clear SWIFT, a dollar denominated cross-border clearing system. Any Chinese company, entity or individual placed on the U.S. restricted entity—or any third parties doing business with such a restricted entity—is effectively frozen out of the international banking system.

This lesson became painfully clear when Washington placed Carrie Lam, the chief executive of Hong Kong, on its sanctions list in retaliation for Beijing’s imposition of the Hong Kong National Security Law in 2020. Thereafter, Lam was reportedly unable to access banking services in Hong Kong. She allegedly had to be paid in cash and kept “piles of money” in her home.”

Geopolitics, therefore, have accelerated Beijing’s efforts to build a parallel banking system and trading currency in place of SWIFT and the U.S. dollar. The Chinese understand that this is a long-term goal which will require a well-funded and full-fledged fintech ecosystem.

Not surprisingly, Ant Group, Tencent Holdings and JD.com, all highly sophisticated Chinese tech giants, have been ordered by the central government to work with the People’s Bank of China (PBOC, China’s central bank), other state-owned banks and China’s Digital Currency Research Institute to expedite the roll out of the digital yuan. Huawei, China’s telecommunications equipment manufacturing national champion, has been developing mobile technologies that connect consumers’ mobile devices to digital infrastructure at the PBOC and other state-backed banks.

All of this presents a complicated risk landscape for foreign investors and multinational firms doing business with China. As the U.S.-China hybrid cold war heats up, Washington will likely adopt a guilt-by-association posture when assessing partnerships between foreign firms and Chinese entities linked to Beijing’s CBDC ecosystem.

Despite the fact that Wall Street remains obstinately bullish on the long-term prospects of China’s fintech scene, sanctions could come at any time, making decoupling inevitable.

The ripple effects of this will be felt by fintech companies and investors everywhere, from Singapore to Tel-Aviv, all the way to Copenhagen and Silicon Valley.

Ideology and digital currency: a clash of civilizations

The second reason for financial decoupling is based on ideology. As digital currencies become ubiquitous, consumers will create an ever-expanding ocean of data. Here, CBDCs provide governments with a citizen’s entire digital footprint, which can be used for surveillance and leveraged to reward or punish behavior—think of China’s Sesame social credit system.

The use of a CBDC to serve domestic and foreign agendas has put the e-yuan on a collision course with liberal democratic governments. Again, foreign firms embedded in China’s fintech ecosystem could be seen as aiding and abetting Beijing’s techno-authoritarian model and restricted from doing business with the likes of Tencent and Alibaba. This will galvanize both state and non-state actors to explore alternate CBDCs, including the U.S. dollar—or possibly even a trade-oriented cryptocurrency.

Navigating such murky waters will require sophisticated know-your-customer (KYC) capabilities. Large and small firms will need to achieve more transparency and traceability to determine, for example, if their business partners are linked to the Chinese state through Beijing’s military-civil fusion initiative or whether they are part of a state-owned conglomerate.

This begs the question whether a multilateral rules-based framework can emerge regarding CBDCs. Recently, for example, the Monetary Authority of Singapore (MAS) partnered with the Bank of Canada in the Jasper-Ubin Project to explore the use of Blockchain technology for cross-border payments.

The G-20 is another likely forum for the development of international standards or protocols. But, like the current situation regarding cross-border digital trade, countries are coalescing into coalitions of the willing, in small groupings, or looking to cut and paste digital standards into bilateral or regional FTAs.

Over the medium to long-term, therefore, China’s adoption of the e-yuan will intensify geopolitical rivalry and put in motion the fracturing of the global financial landscape.