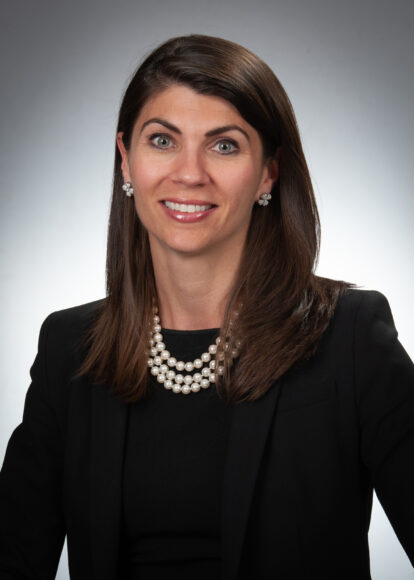 Lapeyrouse will assume the role of chairman for AEU.

Hapworth joined AEU in 2007 and has served in leadership roles including director of Product Development, executive vice president and chief operating officer.

Lapeyrouse, who has served as president and CEO of AEU since its inception in 1993, was responsible for founding ALMA in 1997. As chairman of AEU, he will continue to work closely with the AEU executive leadership team on key operational matters and strategic initiatives. He will remain in his role as president of ALMA and continue serving on ALMA’s Board of Directors.

Under Lapeyrouse’s leadership, AEU has grown to serve more than 1,400 waterfront employers with nearly $3 billion in payroll. Based in Mobile, Ala., AEU employs 138 individuals across the U.S.

In addition to Hapworth’s transition to CEO, H. Winchester Thurber, IV will join the executive leadership team of AEU in the newly created role of chief commercial officer. Thurber joined AEU in 2012 to drive business development initiatives for AEU and brings decades of leadership experience in the maritime industry to this new role.

The American Equity Underwriters, Inc. (AEU), an Amwins Company, serves as program administrator for American Longshore Mutual Association Ltd., a group self-insurance fund authorized by the U.S. Department of Labor for waterfront employers in all 50 states under the United States Longshore and Harbor Workers’ Compensation Act.

Rachel Sapoznik, founder, CEO, and president of Sapoznik Insurance, a World Company, said Ayodele has roots in the South Florida community and will help grow World’s business in the state.

A former linebacker in the National Football League (NFL), Ayodele started with the Jacksonville Jaguars in 2002 and later played with the Miami Dolphins and Dallas Cowboys. Following a nine-season NFL career, he began his post-football career in wealth management. Most recently, he was managing partner at Eagle Rock Wealth Management, an independent, minority-owned investment advisory firm located in New Jersey. Akin is a fully licensed insurance agent.

World Insurance Associates LLC (World) is headquartered in Tinton Falls, N.J., and is a national, full-service insurance brokerage providing individuals and businesses with products and services across personal and commercial insurance lines, employee benefits, retirement, and financial services, and human capital management solutions. Since its founding in 2012, World has completed 103 acquisitions and serves its customers from 137 offices across the United States. World is a Top-50 ranked personal lines agency by Insurance Journal.

Sawyer is responsible for expanding the firm’s presence in the financial, commercial, and wealth industries where he will work to connect these markets to CRA’s insurance services.

The most important insurance news,in your inbox every business day.

Get the insurance industry’s trusted newsletter

Us Travel News
scroll to top
We use cookies on our website to give you the most relevant experience by remembering your preferences and repeat visits. By clicking “Accept All”, you consent to the use of ALL the cookies. However, you may visit "Cookie Settings" to provide a controlled consent.
Cookie SettingsAccept All
Manage consent