Chinese exporters and American importers have been misrepresenting data to avoid paying taxes or losing out on rebates.

Starting in early 2020, a very unlikely anomaly started appearing in global trade data: China said it was selling more goods to the U.S. than the U.S. reported buying from China.

That was a reversal of the normal pattern and a product of the two nations’ trade war — but not an intended consequence. Instead, it was likely due to misreporting by both exporters in China and importers in the U.S., according to new research from Federal Reserve economists. 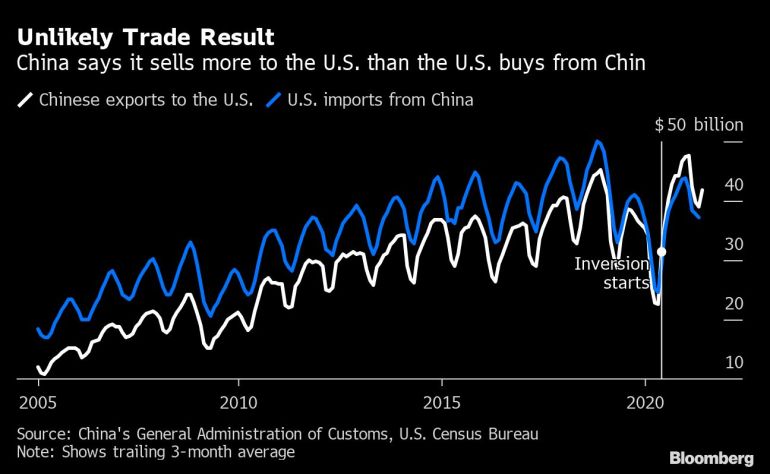 Usually, the import value of a good when it enters one country should be higher than the value of the same good when it leaves another nation. That’s because import prices usually include the cost of freight and insurance, while exports do not.

Until February 2020, this was the case with bilateral U.S.-China trade — U.S. goods imports from China were always valued as worth more than China’s exports to the U.S. However, since March the opposite has been reported for almost every month.

The report underscores the difficulty in winning trade wars with economic barriers like tariffs, contrary to former President Donald Trump’s assertion that victory would be easy. The distortions also bolster arguments against Trump administration officials who claim American tariffs were fundamentally rebalancing the skewed trading relationship between the world’s two largest economies where the U.S. has long maintained a wide deficit.

The misreporting by both American and Chinese companies explain most of the contraction in the U.S.-China trade deficit since the two sides started imposing tariffs on each other in 2018, the Fed economists Hunter Clark and Anna Wong argue. The trade balance was $88 billion smaller in 2020 than it was in 2017, according to their calculation, with $55 billion of that shortfall due to evasion of U.S. tariffs, $12 billion due to misreporting to get higher Chinese VAT rebates, and the remaining $20 billion was unexplained. 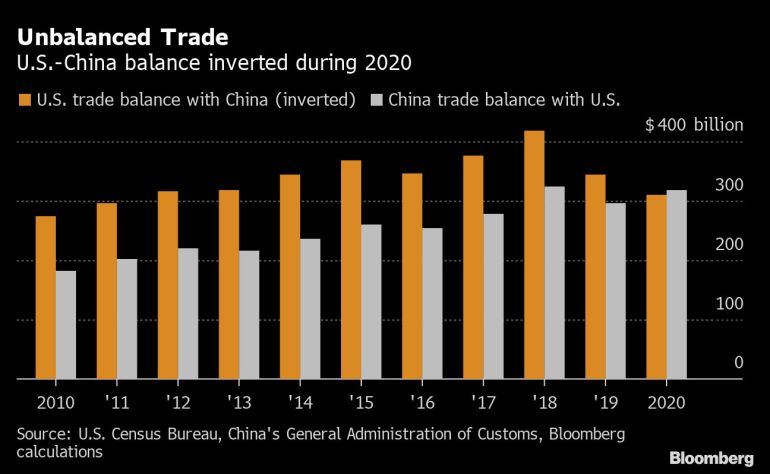 “The trade conflict had a much smaller impact on the U.S. bilateral trade balance with China than first meets the eye when looking at U.S. data,” they wrote. The under-reporting of U.S. imports also mean about $10 billion in tariff revenue may have been lost, they estimated. 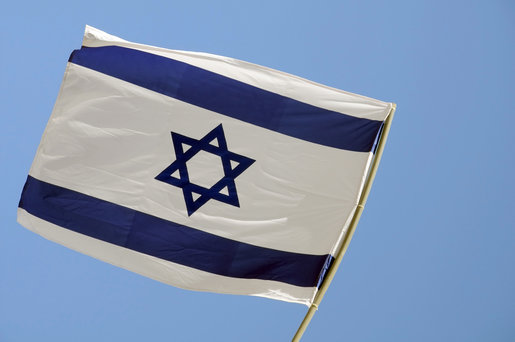 Law News
scroll to top
We use cookies on our website to give you the most relevant experience by remembering your preferences and repeat visits. By clicking “Accept All”, you consent to the use of ALL the cookies. However, you may visit "Cookie Settings" to provide a controlled consent.
Cookie SettingsAccept All
Manage consent