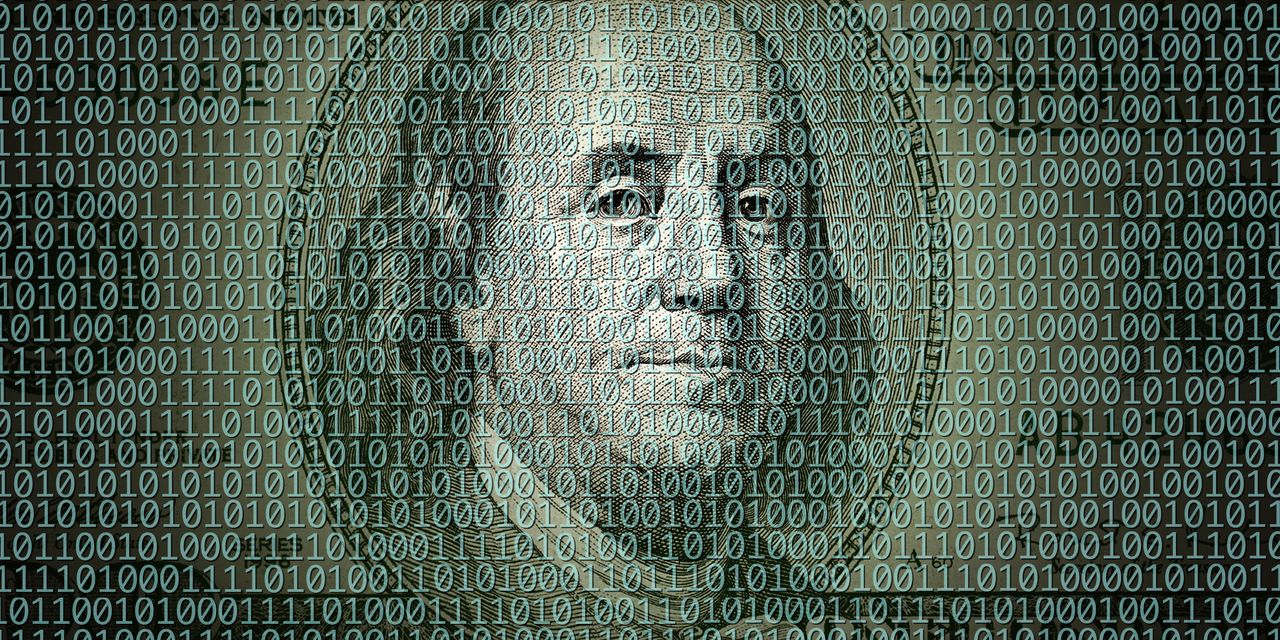 Policymakers in Washington are engaged in a fierce debate over infrastructure investment, what should count as infrastructure and how much should be spent to improve it.

Now ask Christopher Giancarlo, former chairman of the Commodity Futures Trading Commission, and he’ll tell you that missing from that debate is a discussion of the U.S.’s aging financial infrastructure, exemplified by the paper Federal Reserve notes that still dominate many parts of the American economy today.

That’s why the former government regulator teamed up with David Treat, who heads the blockchain practice at consultancy Accenture, to launch the Digital Dollar Project to promote exploration of a digital currency issued by the Fed. Last week the project released proposals for nine pilot programs aimed at conducting real-world experiments that could provide proof of the benefits of a digital dollar to U.S. consumers and businesses.

“We’re on a collision course between transformative technology enabled by the internet and an antiquated financial system and financial regulations, and nowhere is that more the case than money,” he told MarketWatch.

He argued that a more than 10-year experiment with cryptocurrencies like bitcoin
BTCUSD,

has made it increasingly obvious that digital money will play a transformative economic role in the decades ahead and that policymakers “need to wake up to this.”

See also: Why the coming recession could force the Federal Reserve to swap greenbacks for digital dollars

Paper money remains popular today because it’s easy to use and efficient, in that it doesn’t require a network of middle men to verify identities and the sufficiency and receipt of funds the way that the modern accounts-based system of online payments does. If the Federal Reserve were to create a digital dollar, it could pair the benefits of cash, with its efficiency and anonymity, with the convenience of online accounts-based payments, GIancarlo said.

Last August, the Federal Reserve Bank of Boston announced a collaboration with the Massachusetts Institute of Technology to experiment with the creation of a digital version of the U.S. dollar, but many proponents of digital money, including Giancarlo, argue that more needs to be done.

“It’s a very important project, but it’s very focused in its scope,” he said. “It’s looking only at the technological architecture of a potential U.S. central-bank digital currency. It’s not looking at a broad range of societal, commercial practical uses of a CBDC in a U.S. context,” that his pilot programs are aimed at exploring.

To that end, the Digital Dollar Project has announced its intention to launch a series of pilot programs, funded initially by Accenture, that it hopes will bring together private companies, government officials and advocates for Americans without access to traditional banking services to experiment with the potential benefits of a central bank digital currency.

One such pilot seeks to determine the benefits digital cash could bestow upon Americans who don’t have bank accounts because they live in areas that banks don’t service or because they don’t make enough money to afford one.

Another pilot proposal calls for partnering with state, local or federal government institutions to determine the potential for a digital dollar to make the payment of benefits like food stamps more efficient. According to a draft proposal, the Digital Dollar Project wants to discover whether distributing benefits to recipients through a digital wallet could “make meaningful reduction in administrative costs,” which total roughly half a billion dollars each year.

Giancarlo said that his group will plan to make all the results of these experiments publicly available for researchers and policymakers to further the public’s understanding of the benefits of this technology.

“We recognize there are enormous challenges and opportunities in central-bank digital currency, but so far all we’ve got is conferences and academic papers, what we don’t have is results and real-world testing,” he said. “We’re going to do real-world testing and make the results available to all.”

He also hopes that the project will help engender a sense of urgency among policymakers that this is a topic worth taking seriously, given that rivals like China are much further along in developing government-backed digital money, and the threats that poses to American values.

“The U.S. needs to get the issue of individual economic privacy right and built into the design of any digital dollar,” to be in accordance with “the inheritance from the 4th amendment” which protects against government intrusion in individual privacy, Giancarlo said.

“If we can get that issue right, then the digital dollar can be the killer app of sovereign currencies,” he added, “compared to [China’s] digital yuan where it would be naive to believe it won’t be an instrument of state surveillance.”