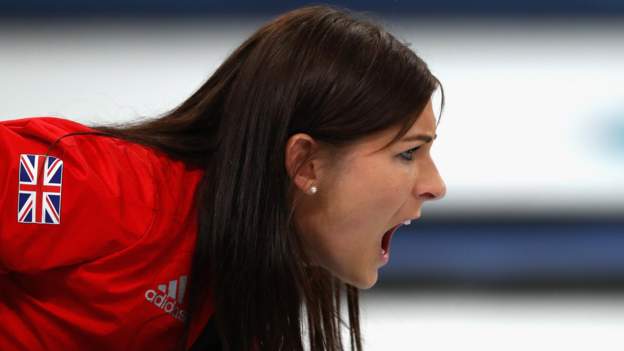 Months of lockdown without competition, friends, or family has given Eve Muirhead plenty of time for reflection.

The 31-year-old Scot has been competing at the top of curling for more than a decade, but that particular journey, while far from finished, is reaching its final stages.

“You can’t go on forever, can you?” she says from her hotel room in Calgary, Canada, where the World Women’s Curling Championship begins on Friday.

“It is scary. It’s not just a case of hanging up your shoes. You’ve got to have a path, don’t you? Everyone needs income, something to do. It does scare me thinking about what the future holds.”

Fear, doubts, and reflections have been part of the deal for many over the last year, and Muirhead is no different.

The Covid-19 pandemic delayed her chance at a second world title, as her team were sent home on the eve of the cancelled championships 12 months ago. From there it was straight into lockdown in Stirling, with little human contact for months.

“You’ve got so much time on your own to think,” she tells BBC Scotland. “You’re on your own so often that your head’s just going at 100mph and half the time what you’re thinking isn’t positive things. That’s been tough.

“And when you’re getting older you’re always questioning how long this pandemic is going to carry on for, because the years are falling away from me. Athletes are younger and fitter, people are retiring so early. You don’t want to lose years.”

Staying positive has been the biggest challenge. But, luckily, Muirhead has more than enough warm experiences to go back to. The world title win in 2013, Olympic bronze a year later in Sochi, multiple European championship victories – she has packed a lot in.

Such is her competitive drive, however, that thoughts often linger on Pyeongchang in 2018. Faced with the chance to clinch the bronze-medal match against Japan with the final stone, Muirhead missed the mark.

It means there is unfinished business, with the Winter Olympics taking place in Beijing next year.

“I’ll never replay the shot I played to win the medal in Sochi, I’ll always replay the shot I missed to come fourth,” she says. “All you want is that medal round your neck. I’m very fortunate that I had that experience once.

“That’s the big question looking at your future. Four years is a long time to put in the graft and the work. That’s basically what your funding comes down to – Olympic performance.

“It’s very cut-throat because if you don’t produce medals you don’t get your funding. And when you’re trying to pay a mortgage, a car, basically trying to play to live, that makes it very difficult. Your financial future comes down to your performance.

Finishing in the top six places at worlds will ensure Olympic qualification, and right now that is the clear focus for Muirhead’s rink.

While the last 12 months have posed a unique challenge for the Scotland skip and her team – Vicky Wright, Jen Dodds and Lauren Gray – there have been positives to build on.

The group has had more time on the ice together than ever before, and Muirhead has taken to the home gym in her garage to bolster her physical fitness having had hip surgery two years ago.

A medal is once again the goal, but more importantly, the quartet want to enjoy themselves.

“These aren’t just my team-mates, they’re three of my best friends as well,” Muirhead says. “We have a laugh all the time. We’d maybe hit the shops, eat in restaurants, we’ve been known to go to aquariums, get piercings. But in these circumstances you can’t do all that.

“All the girls are right into Netflix and they’ll watch things together but I just don’t have that concentration. We always have morning coffee, whether it’s through Zoom if we’re not allowed to be in the same rooms, and we have dinner together. We just try to make the most of a bad situation.”

And so, back to the future. Muirhead has dedicated her entire life to curling, and right now can’t imagine stepping away completely even when her playing time comes to an end. For now, the drive to compete is still there.

“I want to carry on as long as I know I can still win. I hate turning up at tournaments just to fill the number 16 spot.

“In terms of going forward, I honestly don’t know yet. It’s something that I need to sit down and think about.

“Right now my big goal is these world champs and, if all goes well, then the Beijing Olympics. That would be my fourth Olympics, which is quite a few years of hard graft. So who knows what the future holds?”