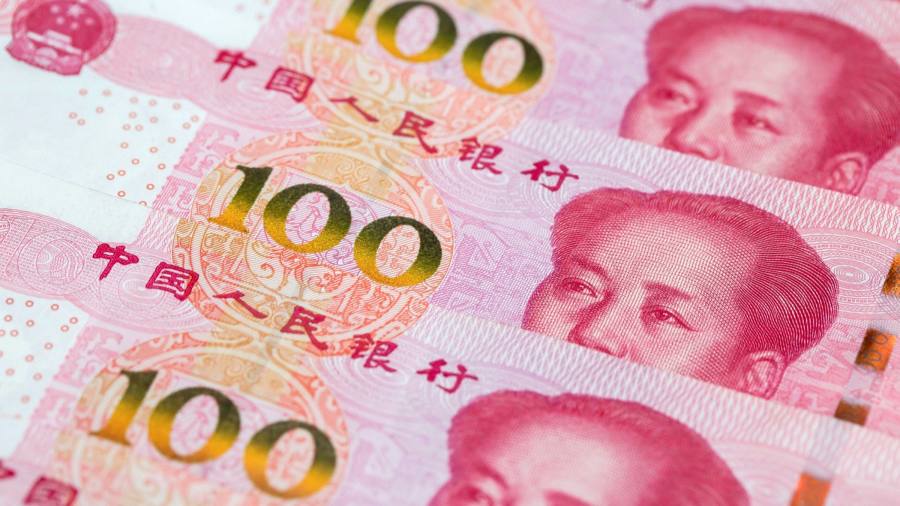 The writer is chief investment officer for Templeton Global Macro

Markets have been gripped by cryptocurrency fever. The price of bitcoin has attained new highs while debate has raged over the emergence of cryptocurrency technology.

But these may be a sideshow for a big developing trend — the rapid digitalisation of the renminbi.

This shift, combined with other macroeconomic and political factors, could be the key that accelerates the decline of the dollar’s dominance as the world’s leading reserve currency. It could also hasten the acceptance of the renminbi as the main rival to the US currency.

Central banks around the world have been grappling in recent years with the concept of digital currency technology. Few nations, though, are as aggressive as China in their approach to developing a so-called central bank digital currency.

Such a currency would be overseen by a central governmental authority, removing the element of anonymity that is fundamental to the decentralised, blockchain-ledger of popularised cryptocurrencies like bitcoin or ethereum. The theoretical benefits of government oversight of these new digital assets are numerous.

For China, adoption of a CBDC both within and beyond its borders would allow its financial system to reduce reliance on the dollar and limit the role and oversight of foreign financial institutions and regulators. While many countries have started discussing the potential future application of CBDCs, China has pushed ahead with development.

In April 2020, Beijing piloted a digital currency in four cities, allowing commercial banks to run internal tests converting between cash and digital money, account-balance checks, and payments. The pilot programme expanded to 28 major cities in August. Aiming for broad circulation in 2022, China plans to test the digital currency in additional major cities, including Beijing and Shanghai, this year.

This pioneering approach should accelerate the elevation of the renminbi on the world stage. Some users outside China, particularly in the US, might be reluctant to use a digital currency controlled by China. However, early adoption in parts of Asia, Latin America and Africa is likely to proceed significantly faster.

Global reserve currencies’ relative importance historically is explained by the macroeconomist Barry Eichengreen. Currencies are more prized as reserve assets when they satisfy two conditions: first, when they are stable, liquid and widely used in international transactions; and second, when they are backed by a country to which another state has important security links.

China’s development in recent years puts it on a clear path to satisfy these criteria as its government has maintained relative policy stability. The country accounted for 16 per cent of global output in 2019, but the renminbi represented a little over 2 per cent of global reserves as of the second quarter last year.

Lack of renminbi-denominated assets for foreigners to own has inhibited its rise as a reserve currency. But now the renminbi will be supported by the Chinese authorities opening their $15tn domestic bond market to foreign participants. Greater demand for these bonds will push down yields, lowering borrowing costs.

More important, if China captures the first-mover advantage to meet the world’s demand for use of digital currencies to settle international financial transactions and own digital assets, the appeal of its CBDC could rise sharply.

China has also made great strides in invoicing its trade in renminbi. The security and geopolitical rationale for holding renminbi has become stronger through such measures as China’s Belt and Road Initiative financing of projects in developing countries.

Covid-19 might also be a catalyst for the greater acceptance of the renminbi as a global reserve currency. The economic carnage of the pandemic has sent already large fiscal deficits ballooning and driven even more accommodative monetary policy in the US.

This historically unique combination of impending massive fiscal and vaccine-led growth, where short-term interest rates are anchored at zero, will expand an already large current account deficit, putting further pressure on the value of the dollar.

The digitalisation of the renminbi will add to these economic and geopolitical factors. This will have a durable, transformative impact on the international economy.

Letter in response to this article: