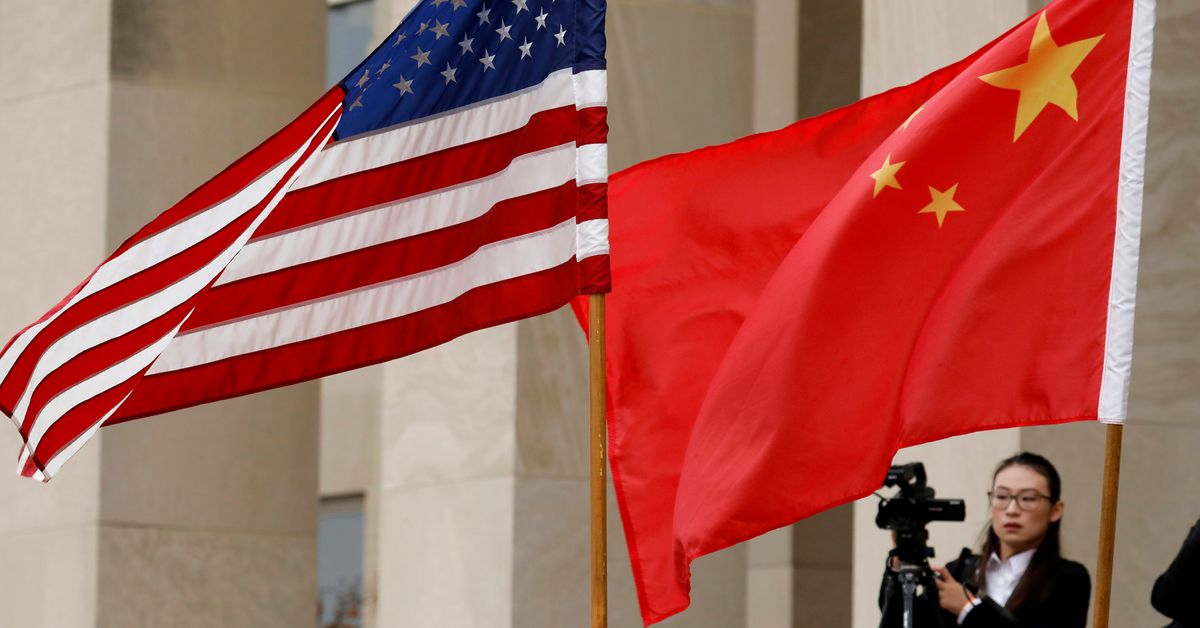 U.S. and Chinese flags are seen before a meeting between senior defence officials from both countries at the Pentagon in Arlington, Virginia, U.S., November 9, 2018. REUTERS/Yuri Gripas

The United States imposed sanctions on Friday on seven Chinese officials over Beijing’s crackdown on democracy in Hong Kong, Washington’s latest effort to hold China accountable for what it calls an erosion of rule of law in the former British colony. read more

The Biden administration also issued an advisory on Friday to warn U.S. businesses about risks to their operations and activities in Hong Kong after China’s imposition of a new national security law there last year. read more

A spokesperson for the Commissioner of China’s Ministry of Foreign Affairs in Hong Kong in a statement late on Friday strongly condemned the U.S. actions, saying they were blatant interference in Hong Kong and China’s internal affairs.

“(U.S.) worries about Hong Kong’s business environment is fake; its attempt to destroy Hong Kong’s prosperity and stability, endanger China’s national security, and hamper China’s development is real,” he said in the statement.

He added the implementation of the security law has reinforced Hong Kong’s position as an international financial and business hub, and U.S. sanctions and pressures are no more than “a waste paper” which will not stop China from growing.

On Saturday, a Hong Kong government spokesman said Washington has repeatedly attempted to slander the legislation over the last year.

“The U.S. Administration’s latest attempt to issue a so-called ‘advisory’ …based on totally ridiculous and unfounded fear-mongering about the situation in Hong Kong only serves to prove yet again its hypocrisy and double standards, driven by ideological hegemony,” the spokesman said in a statement. Next post Trade, crop insurance among priorities for Bacon in next farm bill

Business Cards
scroll to top
We use cookies on our website to give you the most relevant experience by remembering your preferences and repeat visits. By clicking “Accept All”, you consent to the use of ALL the cookies. However, you may visit "Cookie Settings" to provide a controlled consent.
Cookie SettingsAccept All
Manage consent