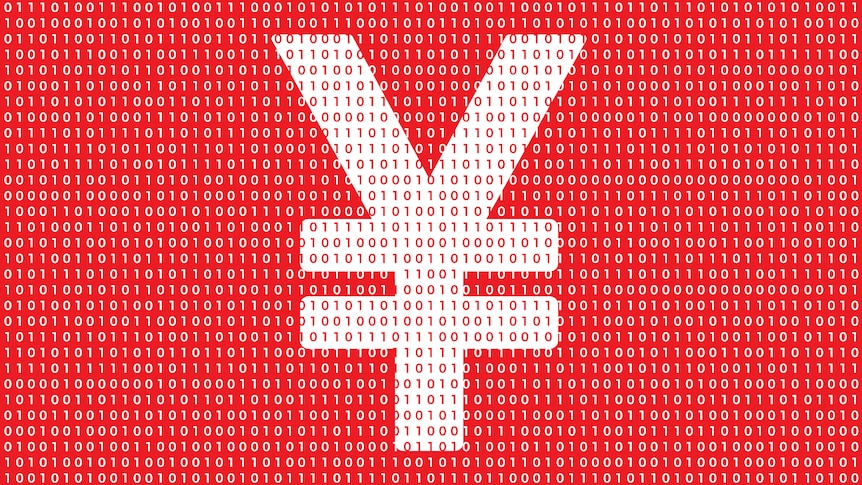 In October 2019, Facebook CEO Mark Zuckerberg sat before the United States House of Representatives Financial Services committee and endured a barrage of scrutiny.

That spooked government regulators, who worried about how it might upend the bank-dominated financial system.

But Mr Zuckerberg had a strident defence for his project.

“As soon as we put out this white paper on Libra, what we saw was [China] race to try to build a system like this quickly, a digital [yuan],” he said.

“We can’t sit here and assume that because America is today the leader that it will always get to be the leader if we don’t innovate.”

He was giving US regulators a choice – the Facebook way or the China way.

Now, 18 months down the track, Facebook’s plans are stalled and China has the most robust central bank digital currency (CBDC) in the world.

Trials have been running since last year in cities across China for the new “Digital Currency Electronic Payment” (DC/EP) system – a digital yuan controlled by the central bank.

The digital yuan is not like other cryptocurrencies. In fact, experts say it’s the antithesis of the world’s largest digital currency Bitcoin, because it is about increased control and regulation rather than the opposite.

And the DC/EP could become a new tool for the Chinese Communist Party (CCP) to monitor and control its people, and its already heavily regulated financial systems, even more.

There have also been some suggestions the nascent project could also be used, as Mr Zuckerburg predicted, to try to loosen America’s grip on the global financial order.

China’s digital payment systems are considered one of the most advanced on the planet, and WeChat and Alipay dominate the mobile payment market.

Both systems allow users to pay for goods and services via a smartphone app, and the DC/EP works in a very similar way but with central bank-backed digital currency.

Cryptocurrency author David Gerard said the DC/EP rollout has been partly prompted by anxiety within China’s government over WeChat and Alipay’s monopoly.

“China has really been cutting down [on them] recently,” he said.

“They’re basically overstretching their financial ambitions and their control over the markets in ways that are going to be a problem, and they want to make sure it is not a problem.”

Beijing has already distributed millions of yuan in pilot projects across major cities, and has offered users discounts for using the new currency.

The deputy governor of the People’s Bank of China, Li Bo, has hinted the digital yuan could be used by athletes and visitors during the 2022 Winter Olympics.

Sissi Wang, who owns a health food store in the Chinese city of Dalian where the DC/EP has just begun a trial, told the ABC she hasn’t yet tried the new system.

But she thinks everyday consumers will not have any qualms about using a state-backed digital yuan.

“Electronic payments are particularly ubiquitous in China,” she said.

“Nowadays, older folk don’t even use cash to buy fruit and vegetables at the market.”

Yulin Sun, an analyst at Beijing-based think tank Zero2IPO, told the ABC the DC/EP could have trouble challenging the huge popularity of Alipay and WeChat.

“If the digital [yuan] operates on a large scale, and it offers a better deal than Alipay and WeChat, then users will be more inclined to use it,” he said.

Digital currency could give CCP even tighter control

Already with a social credit system and a censorship regime among the world’s most oppressive, an all-seeing digital currency would be appealing to the CCP.

Associate Professor Chris Berg, the co-director of RMIT’s Blockchain Innovation Hub, said it could be a new weapon for the CCP.

“They can use it to further oppress people, they can use it to prevent disfavoured peoples and populations from taking advantage of the financial system as they would have otherwise,” Dr Berg said.

As bitcoin passes its latest milestone, ‘FOMO’ has led to crypto sceptics piling in, as Tesla boss Elon Musk warns digital currencies should be treated as “speculation”.

The move is expected to help Beijing curb money laundering and illegal transactions in the gambling industry.

While any measures to tighten control in China warrant attention, these concerns are a long way off being realised.

And everyday people in China – already subject to mass surveillance – will likely be largely unperturbed.

“With the DC/EP, the state knows where the money is going, isn’t this a good thing for fighting corruption and cracking down on drug traffickers?” Ms Wang said.

A Wall Street Journal article has suggested China’s central bank could add an expiration date to digital money to encourage users to spend it quickly during times of economic stress.

DC/EP could help subvert US sanctions

China has also signalled it has cross-border ambitions for the digital yuan.

In June 2020, Zhou Li, a former deputy minister of the International Liaison Department, said “we must make preparations to break free from [US] dollar hegemony.”

His sentiments echo other Chinese officials who have lamented the power of the US dollar in foreign exchange and the global economy.

Up to 75 per cent of China’s foreign reserves are believed to be held in US dollar denominated assets.

And according to a report from the US Congressional Research Service last year, US dollars make up 90 per cent of all transactions in foreign exchange.

That makes America’s ability to implement sanctions on Chinese individuals and Chinese businesses much easier.

Hong Kong’s Chief Executive Carrie Lam admitted she now has “piles of cash” after banks refused to take her money in the wake of US sanctions against her.

The DC/EP could help unshackle China from the American-led global financial order if it manages to become a large-scale trade currency — and it could be propelled through China’s Belt and Road Initiative, according to China’s National Institution for Finance and Development.

But some point out any Chinese ambition to upend the global financial order with a highly regulated and monitored digital currency is at best unrealistic, and at worst a fantasy.

“It’s rubbish … if China really wanted the [yuan] to be the international reserve currency, they have to open it up, they’d have to abolish capital controls, they have to make it flow around the world freely,” Mr Gerard said.

“They’re absolutely not letting that happen.”

In a sign the world might now be paying attention, UK Chancellor Rishi Sunak earlier this week announced the UK Treasury would assess the creation of a digital currency.

As the price of the cryptocurrency continues to skyrocket, Bitcoin miners are tapping fossil fuels across the planet. But can Bitcoin go green, or is climate change embedded in Bitcoin’s code?

Dubbed the ‘Britcoin’ by Mr Sunak on Twitter, the move has been designed to protect the pound against cryptocurrencies and advance the UK’s payment systems.

Many central banks, including the Reserve Bank of Australia, are mulling their own digital currencies to be issued alongside regular money.

The US Federal Reserve has a joint project with the Massachusetts Institute of Technology to explore the issue — but for now China still leads the way.

“There are a number of proof of concepts around the world … but China is the only one that’s been live since mid last year,” Dr Berg said.

“It’s because they think that this gives them more control over retail payments, retail participation, and in finance.”

But Dr Berg thinks in the end, CBDCs may never be able to compete with mainstream cryptocurrencies that, by their very nature, are untethered from traditional financial institutions.

“The view I’m coming to about central bank digital currencies is, unless they are really, really tightly integrated and interoperable with the cryptocurrency ecosystem, then they’re a bit of a dead end.”