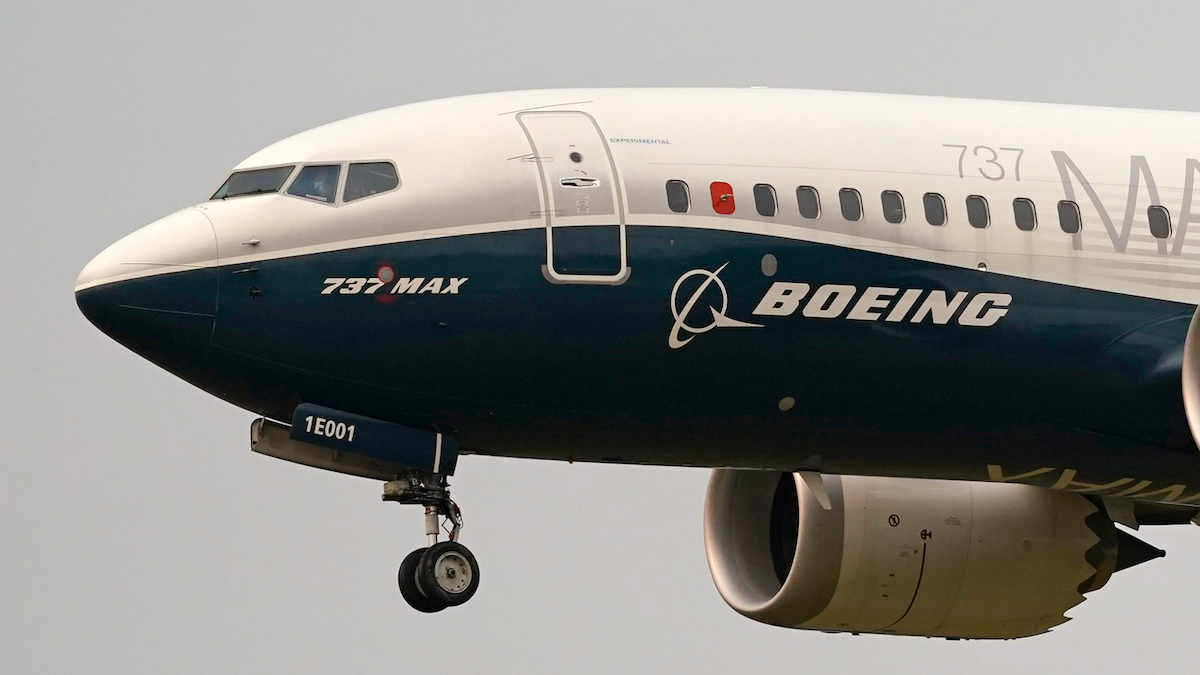 In this file photo, a Boeing 737 Max jet prepares to land at Boeing Field.

Boeing’s board of directors raised the mandatory retirement age for CEO David Calhoun from 65 to 70 just days after he turned 64.

The board’s vote of confidence for Calhoun comes as Boeing continues to struggle to recover from two crashes of its best-selling airliner and the coronavirus pandemic, which has undermined demand for new planes. Boeing lost nearly $12 billion last year as orders and deliveries plunged.

Boeing also announced Tuesday that Chief Financial Officer Gregory Smith, 54, will retire in July. A search has begun for a successor to Smith, who has been CFO since 2011 and served as interim CEO after Boeing ousted Dennis Muilenburg in December 2019.

The sudden departure of a top financial executive can rattle investors, who fear it might foreshadow bad news about the company. Cowen aerospace analyst Cai von Rumohr said he doesn’t think that’s the case with Boeing, and suggested that Smith is leaving because the extension for Calhoun blocks his path to become CEO.

Boeing shares fell 4.6 percent in afternoon trading. The moves were announced shortly before the company’s annual shareholder meeting, which was conducted online.

The Boeing board has been criticized for its oversight during development of the 737 Max plane, and investors are suing several current and former executives and directors. A proxy advisory firm recommended that shareholders vote against Chairman Larry Kellner and another director, but the company said shareholders supported all 10 directors up for election.

Shareholders rejected a proposal for Boeing Co. to issue a report on its lobbying spending, which has totaled nearly $180 million since 2010, according to opensecrets.org. The board opposed the measure. Max jets worldwide were grounded for nearly two years until late 2020, when regulators in the United States and many other countries approved changes Boeing made to a flight-control system implicated in the crashes, which killed 346 people. China, the plane’s single largest market, has not yet allowed the planes to resume flying.

Boeing’s struggles with the Max and other planes have continued. This month, more than a dozen airlines — including Southwest, American, United and Alaska — grounded about 90 Max jets after Boeing told them to inspect the planes for a potential issue involving electrical grounding of some components. Boeing has not yet designed a fix. A spokesman for the Federal Aviation Administration said the agency will thoroughly review any changes that Boeing proposes.

Calhoun said Tuesday that those planes should be fixed “in days, not weeks or months.” However, the issue further complicates Boeing’s relationship with airline customers, which have had to scramble other planes to meet their flight schedules, and it could reinforce the views of passengers who worry about flying on a Max.

Still, company officials said they will put both the Max crisis and the pandemic behind them. In recent weeks, Southwest and United have placed orders for more Max jets. “Boeing has effectively navigated one of the most challenging and complex periods in its long history,” Kellner told shareholders. Calhoun, he said, has increased confidence in the company among regulators and airline customers.

After the rough stretch, a desire for continuity drove the board to allow Calhoun, who turned 64 on Sunday, to stay in the job potentially until early 2028, Kellner said. Michael Stumo, whose daughter Samya died in one of the Max crashes, said Calhoun, who was a General Electric executive and Boeing director before becoming CEO in January 2020, helped elevate cost-cutting over safety.

“Boeing needs to search for new leadership with demonstrated experience in and commitment to great engineering, flawless manufacturing and reinvesting in the business for the long term,” Stumo said.